at centre of UK political scandal 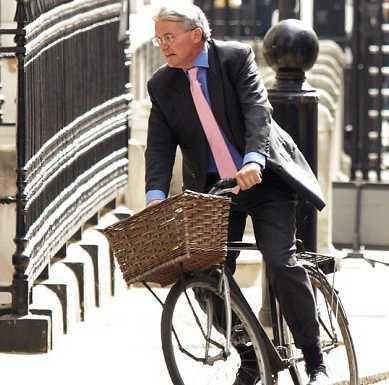 The big political story in Britain in recent weeks is the belated resignation of Sutton Coldfield MP (Member of Parliament) Andrew Mitchell. Mitchell's offence was rudeness to Police officers who were attempting to enforce traffic regulations at the Houses of Parliament. Specifically, he is accused of arrogance for addressing the policemen as "F*ck*ng Plebs".

The outrage expressed by the British public and the media has not been that he used the 'F' word, but that he used the word "Plebs". So offensive is this, in class ridden Britain, that Mitchell denies using the word "plebs" while freely admitting to peppering his diatribe with "f*ck*ng" used as both adjective and adverb. The implication is that, not only is Mitchell a member of a ruling class who are out of touch with ordinary people, but they are also contemptuous of anyone not of their class. It is this that has caused so much embarrassment to his party that Mitchell, a senior MP, must resign his government post.


"Some of us are pretty classy, it's education, not money, that elevates us from the primordial soup," suggest plebs, stage left.

The story has been dubbed 'Plebgate', and is probably the world's first political scandal that actually involves a real GATE. Andrew Mitchell tried to ride a bicycle through a gate restricted to pedestrians only and Britain is the only country where riding bicycles on the pavement is a traffic offence. Mitchell was challenged by police guarding the entrance, who asked him politely to dismount. Mitchell is alleged to have barked a stream of invective at the two Policemen, demanding to be allowed to continue, allegedly addressing the policemen as "plebs" and "morons". Andrew Mitchell was the Tory 'Chief Whip', which is an official title, not a reference to another kind of political scandal! "Whip" refers to a role in hunting where a disciplinarian 'Whipper In' ensures that the hounds pursue the prey, usually a fox. The government 'Whips' maintain party discipline and ensure all the MP's turn up for each parliamentary vote and actually vote along party lines.

The term plebs comes from the days of the Roman Empire and is abbreviated from 'plebeius', meaning a plebian. In Ancient Rome there were the slaves, who did the heavy work and were not counted as citizens and were beneath contempt to the upper echelons of society, the 'Patricians'. The distinction is probably similar to that distinction between the property owning classes and the poor, in nineteenth and early twentieth century political analysis.
In between the 'Patricians' and the slaves were the working classes, known as the 'plebians'. Hence, the plebs were the lowest form of Roman citizen and for a member of the British government to address two public officials as "F*ck*ng Plebs", demonstrates the lack of regard this politician has for the electorate, especially those who are in public service.
"So what connects this local political story to audio?" demand plebs, stage left.

It might be thought that in the nation of Audiophilia, and its principality of Musicus Obsessivus, that manufacturers and reviewers alike are in some similar unholy cabbal. Inundated with expensive high end gear, and wined and dined by CEO's of massive transglobal audio manufacturers, how can the reviewers keep their feet on the ground?
How can reviewers avoid recommencing this month's wizzo product as being a giant leap forward in fidelity from last month's wizzo thing?

There is no advertising sales director at TNT-audio.com. There are no advertisements. No one at TNT-audio is beholden to any manufacturer or distributor for their lunch. This enables the editor to include anything he believes will interest our readership, who are proud plebs, just like the writers. Since your old scribe's first article on TNT-audio, back in 2004, the editor has only ever spiked one article and that only because several of us submitted similar reviews of the same product. Surely the need to sell advertising space to keep the journal going must influence, however unconsciously, how reviewers at other journals approach submitted products. Group behaviour is also one of the strongest influences we ever experience to affect how we act and what we say.

However, we at TNT-audio.com realise that reading the same old writers week after week, might imply a limited range of opinions so we have sought to recruit some new writers whose new audio experiences might be enlightening to all of us. The team have been reading samples of writing from potential new authors and reading these pieces reminds us of our readers and their diverse audio experiences. This, and the ever present debates on the TNT-audio Addicts forum and the emails directly to contributors, act as an ongoing plebiscite.

TNT-audio is proud to remain among the plebs. We are not Patrician, seeking to rule our readers' buying habits, nor are we slaves to fashion nor slaves to commercial pressure. Audio enthusiasts and concert goers are mentally healthier through our audio and music pursuits. It is better to be a pleb with a good tune than a patrician in silence.

Readers continuing to submit their drafts of articles and reviews, participants in the forum (another Ancient Roman reference) and contributing to the letters page help us all broaden our knowledge and keep in touch with the concerns of music lovers all over the world.