How much time has passed? Few years, I'd say. And we are going to watch an already-seen B-movie. Believe it or not, our (?) beloved Music industry is trying, again, to propose another high-resolution digital format! Do you remember their attempt to offer high resolution (24/96) digital sound on video DVD's? Black or still images (no video) and 24/96 digital audio tracks. It sounded promising, to say the least. But it didn't work.
Later we had been offered DVD-Audio and SACD. I guess you know what happened to these new audio formats. Niche of a niche. Quickly become history.

Now what's next? Blu-ray, of course!!! With Blu-ray players sales going quite well (and DVD players sales falling) it seems natural to exploit the commercial success of this format to offer high-resolution digital Music. It sound logical, you can exploit the huge BD capacity to store very high resolution audio files (up to 24/192), again using still images and, eventually, hosting 5.1 surround tracks as well, when these are available.
I know this seems like a terrible deja-vu but let's face it, the market is going to be flooded with audio-only Blu-ray discs. Up to now few titles are available. As far as I know, just two. One is a 2-discs package (BD + SACD) published by the audiophile label 2L Audiophile Reference Recordings. It is a sort of a sampler of their best things, released both on SACD and on 24/192 LPCM Blu-Ray. 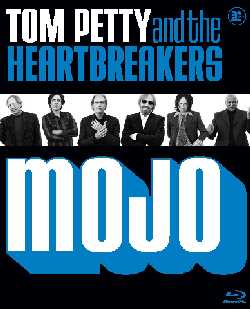 The second one is going to be released in a few days, June 29 to be more precise, and it is Tom Petty's new album Mojo. The BD will contain stereo 24/48 LPCM tracks and 5.1 DTS-HD surround tracks.

You can retrieve all the details directly from the Blu-ray.com official website.

Now, few simple questions come immediately to my mind: what happened to the very same idea of just few years ago? I'm referring to DVD-Video with high-rez stereo tracks. DVD players were (and still are) all around, why people didn't exploit this possibility? One possible answer is because existing high quality CD players couldn't play DVD's (hence we've been given dual-layer SACD's, remember?)

Secondly, while I find extremely exciting that an artist like Tom Petty focuses his new work on audio quality and not on loudness, why did he decide to release 24/48 tracks instead of 24/192?
How many artists could be interested in releasing their albums on better media, considering they are all trying to make their Music sound louder (cf. our articles on loudness war)? They simply don't care whether their Music sounds good or not, they want it to sound louder!!! After killing dynamics I can't see why one should go for 24/192 resolution. A bad, compressed recording will sound bad (even worse, maybe) on a higher resolution format.
It will be sufficient to bring dynamics back on recordings and exploit what's still possible with vinyl or, hear hear!, CD! The CD format offers a theoric dynamic range that exceeds, by a large amount, the most severe audiophile requirements! 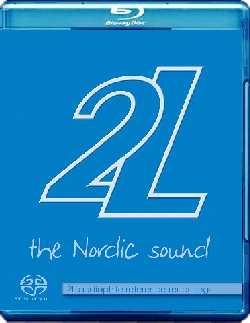 So, the most logical, final question is: before trying to exploit a new digital format, wouldn't it be better to release non-compressed recordings instead? Storing a cheap wine into an expensive bottle wouldn't transform it in a good wine automatically!.
Moreover, optical discs should try to offer something else, something which isn't available otherwise. 24/48 or 24/96 files can be downloaded from the Internet quite easily, as there are many audiophile labels that are selling their studio master files this way. Hence, an optical disc should offer something more, a higher resolution format, maybe. 24/192 files, for example, might be too heavy to be downloaded - in a reasonable time - from the Net. If optical discs don't try to offer some extra they are doomed to an end.
Don't get me wrong, I'm not 100% against audio-only BD's but let's try to avoid the mistakes of the past: offer high quality recordings, first. Keep prices down. And avoid to exploit BD to release just another version of The dark side of the moon!!! :-)
Any other commercial attempt that doesn't take into proper consideration these aspects can't have a future.
While I invite everyone in the music biz to plan the audio-BD strategy accordingly I try to relax with the always sweet and inspiring notes of Oasis's Wonderwall: the Music video opens up with an old needle, of an old turntable, that reads old grooves. And this blends perfectly with the funny pic at the top of this page, a bored dog that has had digital Music and now asks for more vinyl :-)