The Wigwam has moved for its Tenth Anniversary 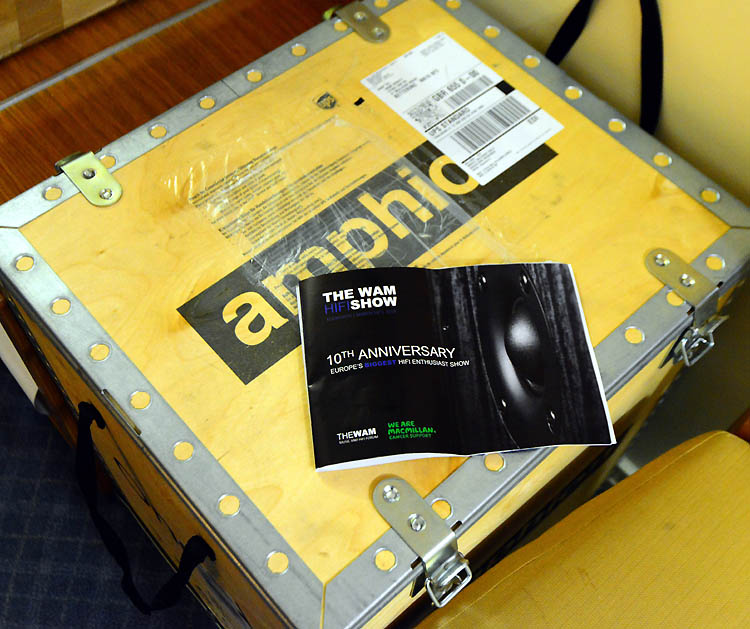 The exhibitors had braved snowstorms (the cold wet stuff falling from the sky, not an activity of rock star excesses) to reach the Kegworth Hotel and set up as great a diversity of systems as years gone by. As usual, a whole day transpires to be too little time to have a long enough listen and a chat in every room. The exhibitors were friendly, and informative, and the trade stalls were in a separate large conference room on the lowest floor.

Having enjoyed the 2015 and 2016 Wigwam shows so much that 2017 was only missed because it clashed with the all-new Manchester Stylus Show, the 10th Anniversary show at a new venue nearer home was a must see. For anyone not resident in the UK Pork Pie capital, the 2018 show would have been an easier journey than previous years, but for the snow. The new venue, the Kegworth Hotel is just 5 minutes from Britain's carotid artery, the M1 motorway.

"Tell us about the sounds," demand the Plebs' Chorus, stage left

The sounds were diverse, some high resolution audiophile systems, limited by the rooms, some vintage classic systems, some with updates on vintage gear. Sand became silicon in some systems and glass in others. System owners-developers all talked from a position as journeymen ("Are there any women here?" - about 2%) and clearly derive satisfaction establishing what works with what, outside the usual combinations. Some had taken imaginative trouble to minimise room problems, while others perched turntables on hotel furniture. No system was performing below the sum of its parts. Several faces were familiar, bringing unfamiliar gear, including systems put together just for the show. 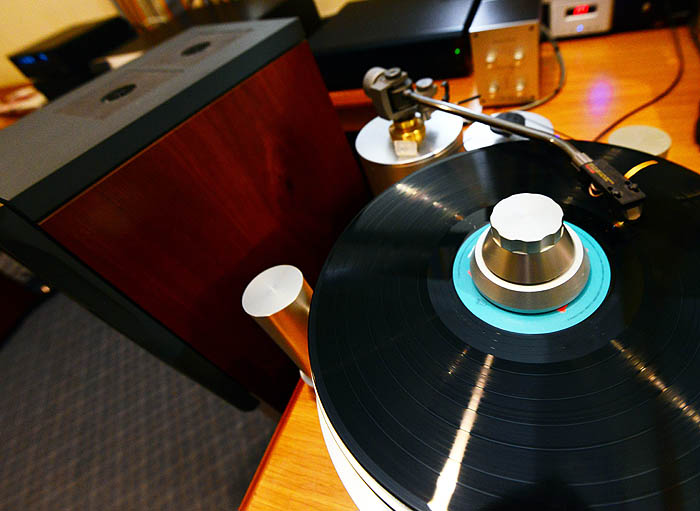 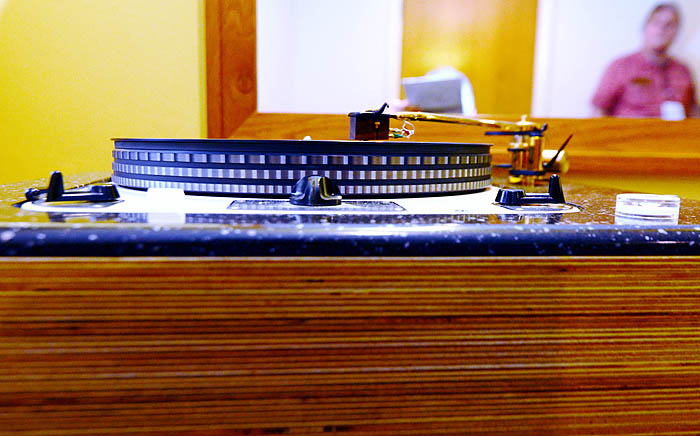 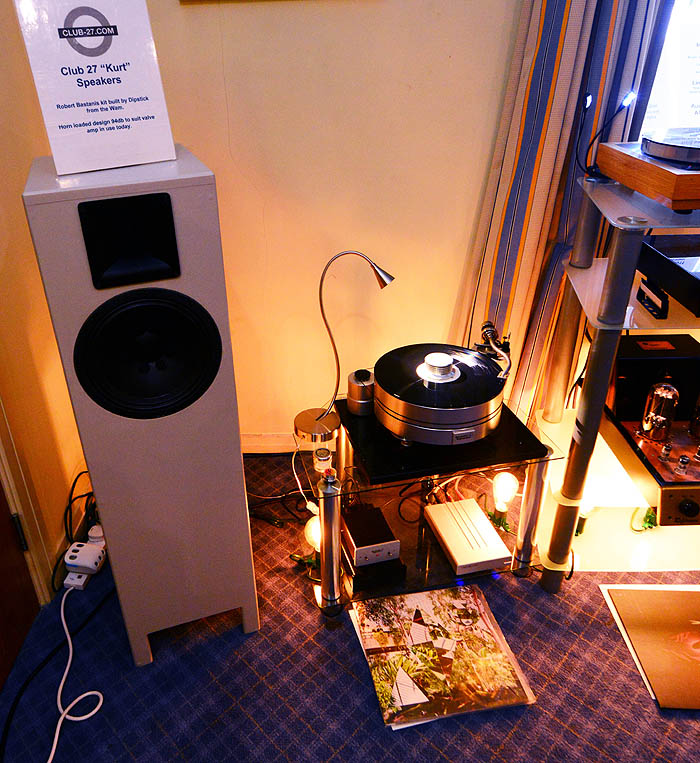 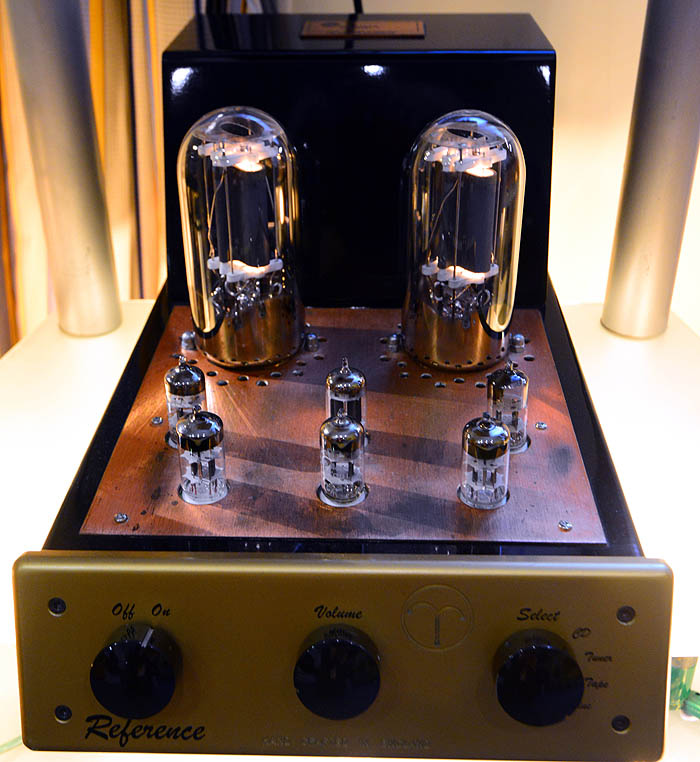 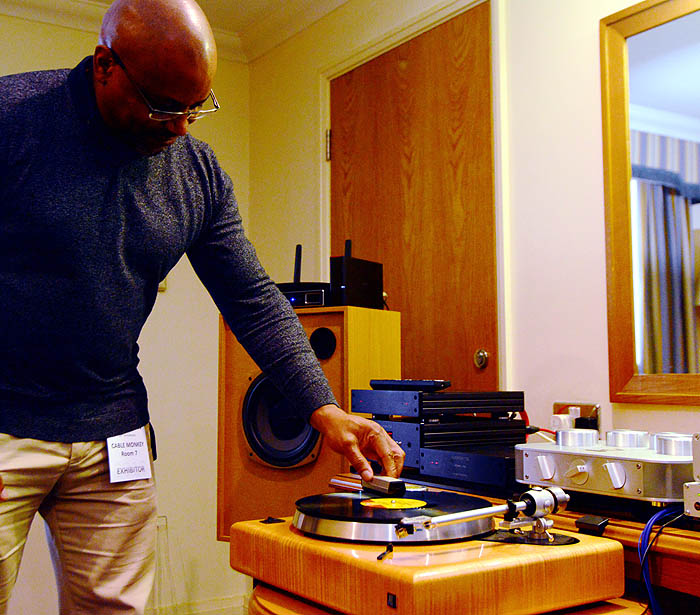 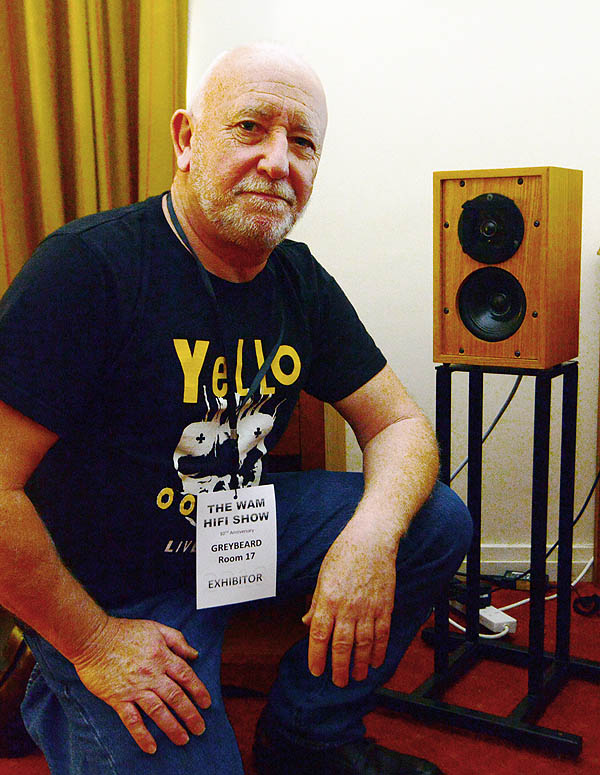 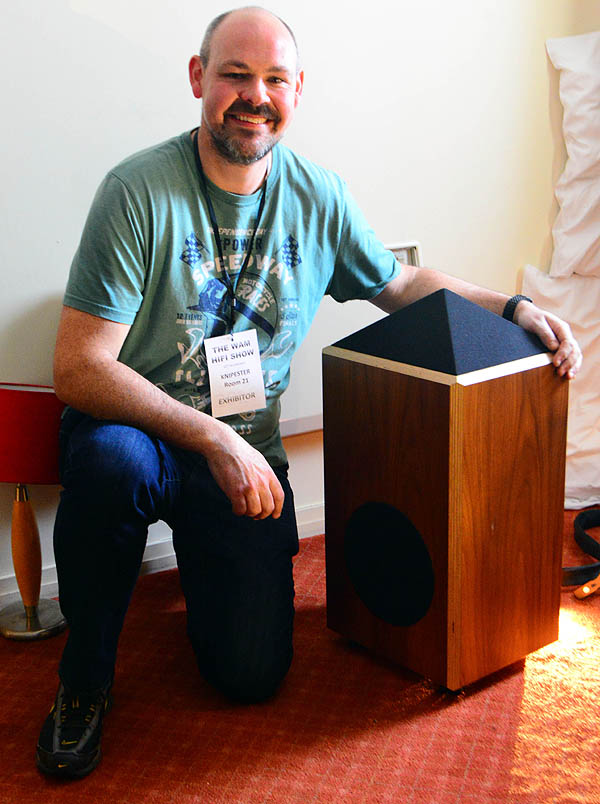 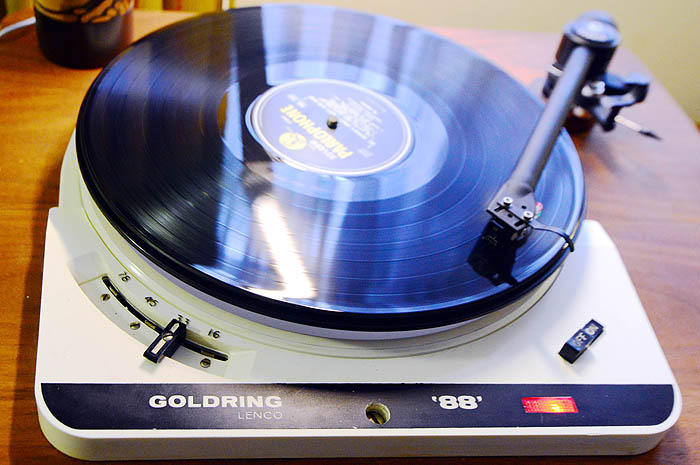 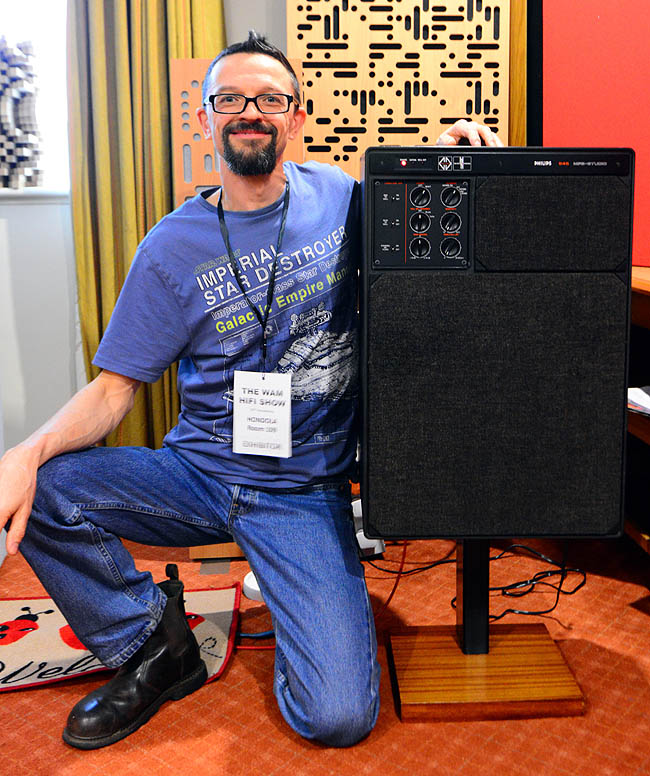 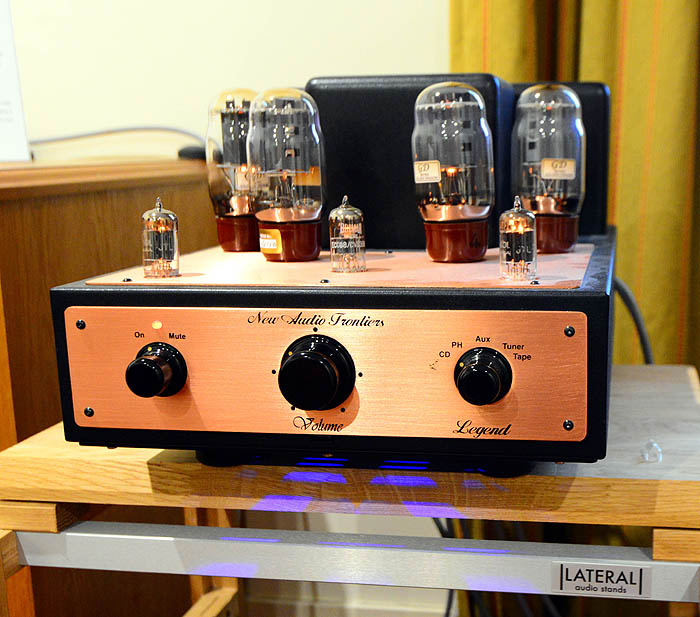 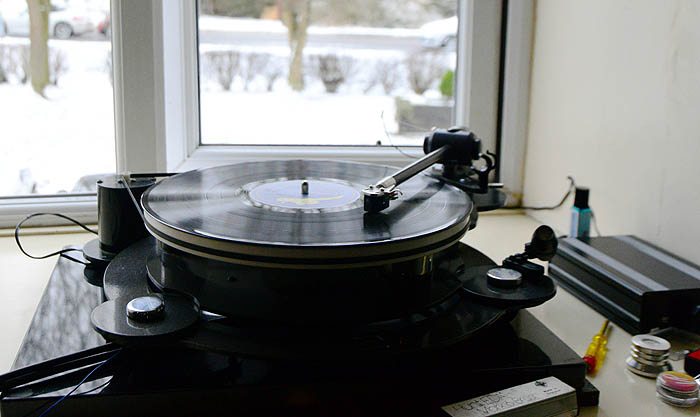 Cold outside, warmed by valves inside 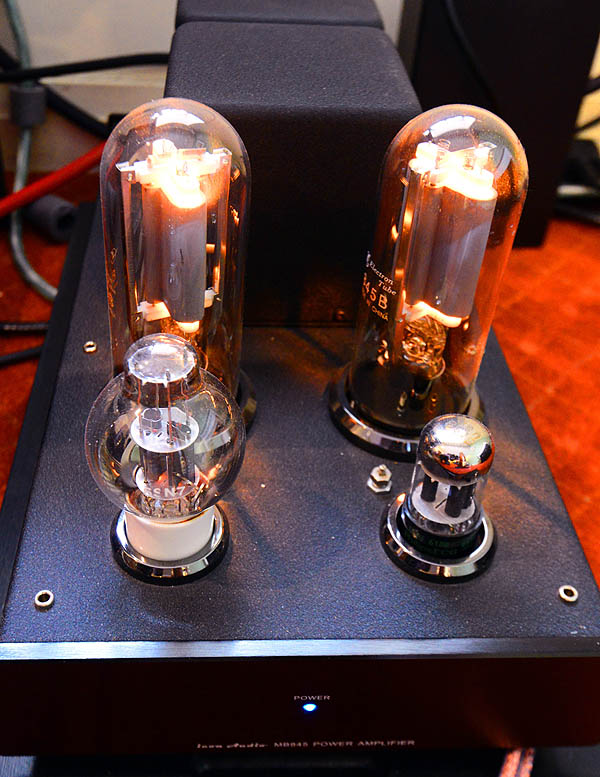 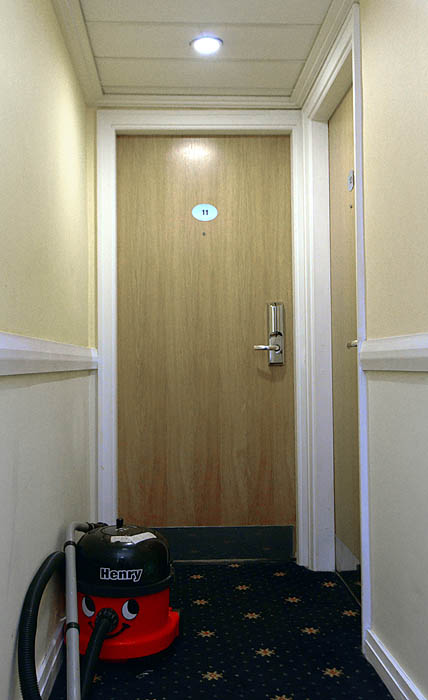 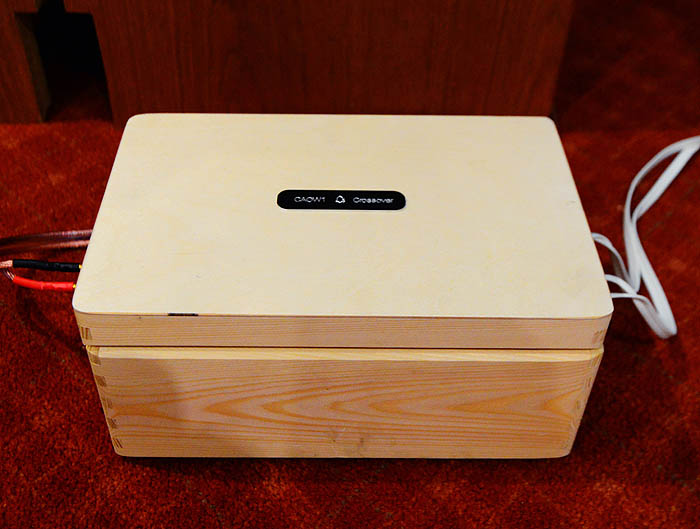 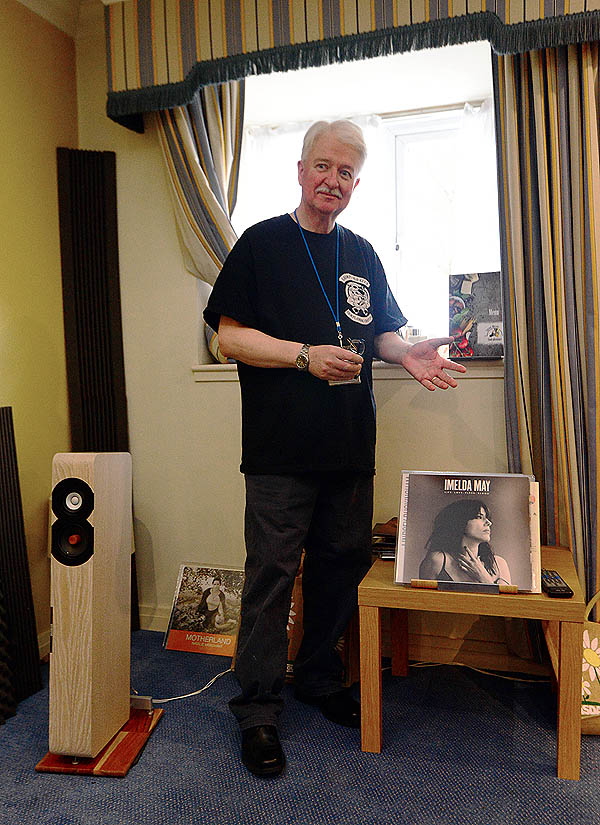 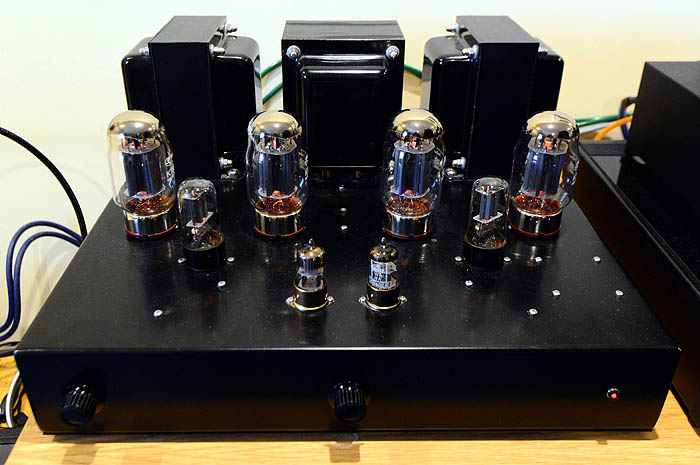 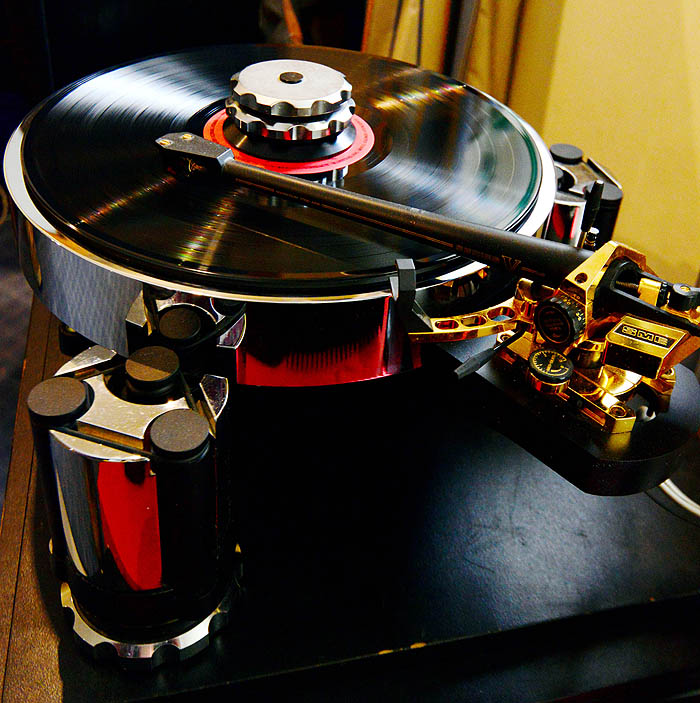 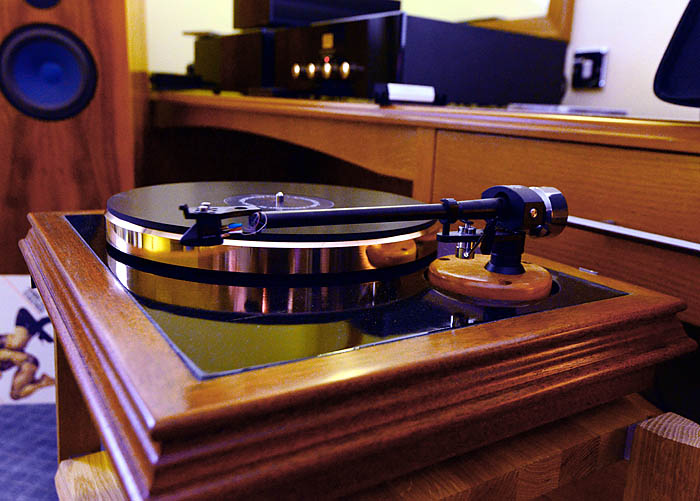 A joy to hear the late Mike Moore's The Source turntable sounding as good as ever,
a 5 spring subchassis design usually paired with the Odyssey arm but here with the AN arm fronting an AN system 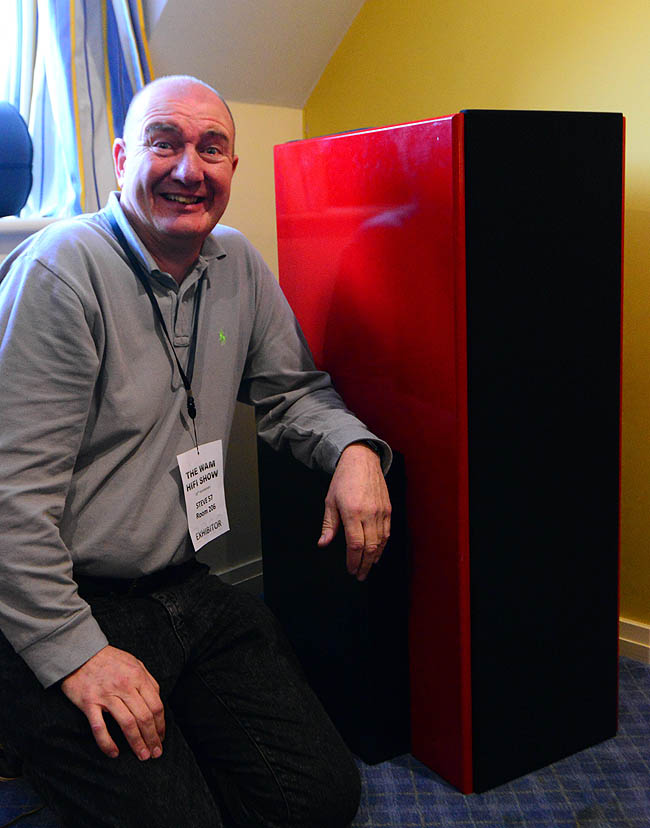 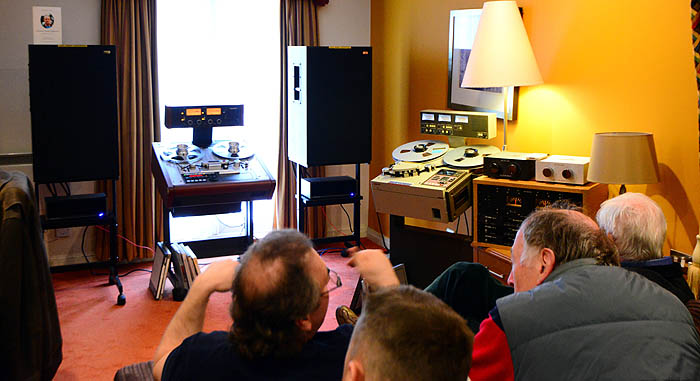 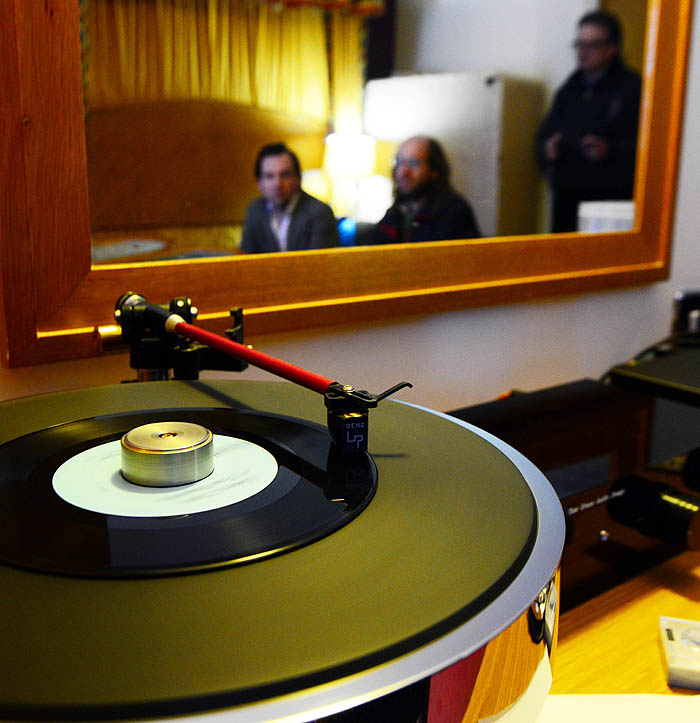 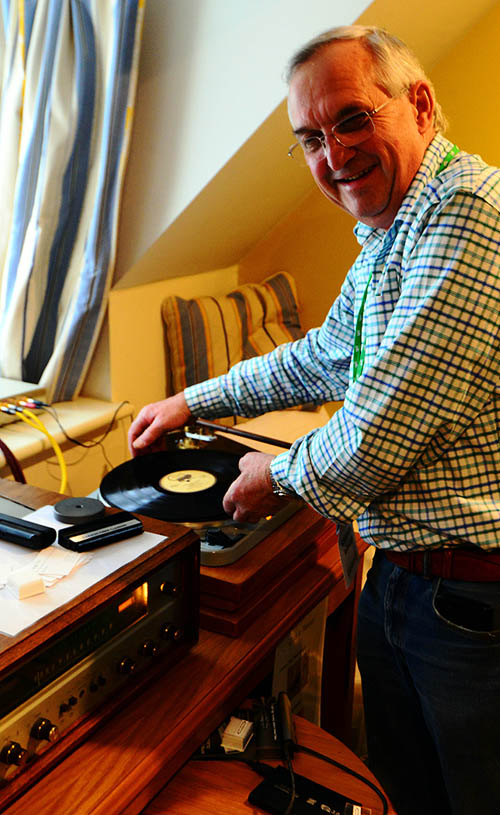 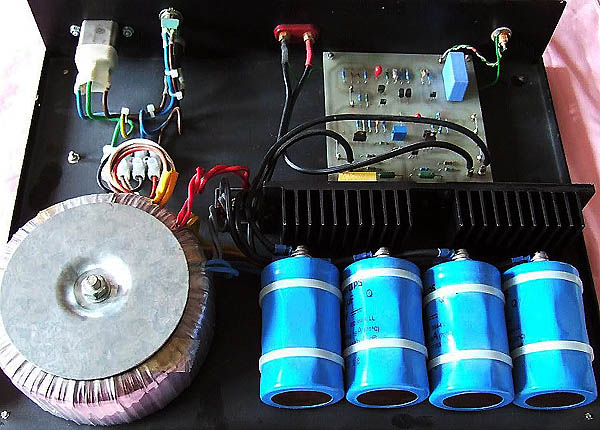 "Well that wasn't very informative," complain the Plebs' Chorus, stage left, "It's all very well seeing what it looks like, but what did it sound like?

The diversity of approaches was reflected in the diversity of bandwidth, dynamic range, timbral accuray and other big obvious qualities. There were surprises, like how good the mainsteam vintage Pioneer system (especially the loudspeakers) sounded despite not having components replaced. There were excellent DIY loudspeakers (there's no substitute for an 18inch-50cm- woofer), amplifiers (including scratch-built Naim clones) and turntable plinths.

It was good to discover unfamiliar cottage industry makers like Lateral Audio Stands manufactured in a small town near your Old Scribe. Audiophile accessory traders did not report being busy. Wammers tend to think outside the box, and that includes new boxes containing new product, so whether this was the cause, or the separation of trade stands from the exhibitors. The attendeence of approximately 400 was affected by the snow and the organisers were happy with the turnout and are already planning the eleventh Wigwam Show.

The friendliness and openess of the exhibitors makes this show what it is. I'll be back.

If any Wammers would like higher resolution images of their room, just ask.