Blink and it's Gone 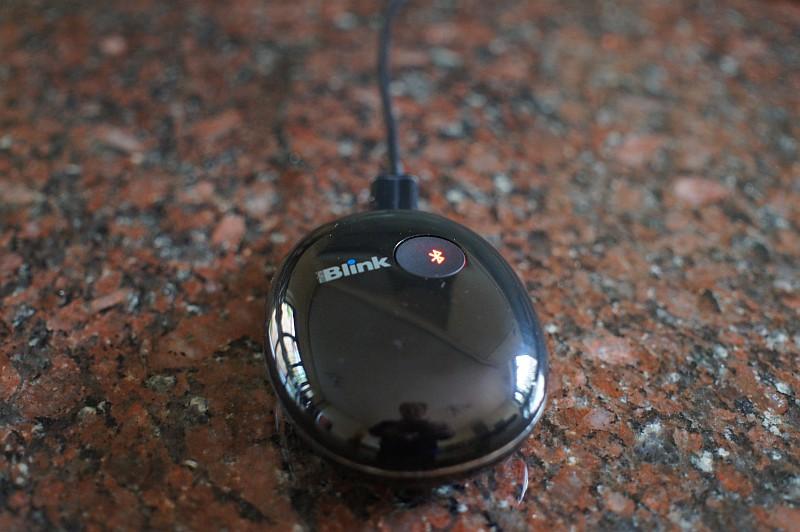 When Arcam sent the FMJ A19 amplifier to TNT-Audio for review a couple of months ago they included a small mystery box in the package. Tucked into the package was, what appeared to be, a black plastic pebble. But unlike most pebbles, this one had a mini-USB and a mini jack socket on one end. The pebble turned out to be the miniBlink Bluetooth receiver and DAC which they had sent because they were particularly pleased with its sound and thought our readers might be interested. Beyond that, they also offered the little pebble to TNT-Audio so that we could pass it on to our readers as a competition prize. Now, we've never run a competition on TNT-Audio, so read to the end of the article to see how you can have the chance to get your hands on this little device.

Before I heard the miniBlink I'd never considered Bluetooth as a serious medium for hi-fi. I'd bought my son a pocket money receiver that he used to connect his mobile phone to the digital radio receiver in our kitchen but I put it in the same category as those FM transmitters you can get to send signals to your car radio so you can use other devices on the road. But the miniBlink promised much more than this, and came highly recommended - so I thought it worth a go.

Set up was pretty easy. The miniBlink is powered via a USB plug adapter and outputs its sound through a single mini jack socket. I dug out a Y cable to get the sound to the hi-fi and connected the power – then it was ready to talk. I "paired" the miniBlink with my iPad – a simple process just involving selecting Arcam in the Bluetooth settings menu. Then selected an album on the iPad, pressed play and there was music.

I tried wandering around the house to see if I could play music from other rooms – but that was less successful. Transmission was fine all the time I stayed in the same room as the receiver but moving to the next room, a few meters away, caused the signal to drop out and sound to crack up.

How Did It Sound

The first impression is very good indeed. The stereo image is wide and instruments well placed within it. It gives quite a forward impression – not exactly "in yer face", but no shrinking violet either. Listening in more detail and in comparison with a "proper" DAC and transport it seemed to me that there was a layer of detail missing – found in the length of the reverb tails and other subtle cues that give the best stereo images their third dimension. Treble was not as refined as I'm used to, maybe sounding a little "MP3" like – less crisp than a direct connection with high quality source material.

Despite these slight criticisms, without a direct A/B comparison there were no glaring deficiencies and the sound was pretty natural and listenable. Taking a run through of Paul Simon's Greatest Hits as an example, it was detailed enough to pick up tape hiss here and there and to deliver the percussion and guitar intro to "50 Ways..." with some conviction. Vocals were generally warm and relaxed - particularly lush along with the electric piano on "Still Crazy". Maybe some of the rhythms weren't as foot tapping as I'd like - on "Late in the Evening" for example, but generally the sound was all present and correct. The progress of the more economical DACs and the narrowness of the differences between them and more expensive devices of just a couple of years ago amazes me. I also tried changing the power supply to a separate USB battery (of the type used to charge mobile phones etc on the road). This improved the treble slightly but may have compressed the dynamics slightly. As an aside, if you have one of these batteries for emergency charging your mobile devices it's well worth trying with any USB powered audio gadgets.

I was pretty impressed with the miniBlink but, as I was unfamiliar with Bluetooth devices, I couldn't be sure whether it was any better than the competition. So I picked up a Belkin HD receiver to compare it with. The Belkin also sounded pretty good although with a slightly less solid sounding image from its audio output. The Belkin does however have two advantages. One is that is currently about a third of the price of the Arcam and the other is that it will output to a separate DAC. Arcam do offer a higher end receiver with that capability but that costs about twice the price of the miniBlink. So I hooked up the Belkin's digital output to my usual Marantz and gave that a listen.

The Belkin via the Marantz sounded remarkably similar to the Arcam going direct. This led me to three conclusions. The first was that the sound quality is limited by the compression inherent in Bluetooth transmission (rather than the quality of the DAC). The second was that the Belkin offers very good value if you want a Bluetooth with digital output. Finally, that the audio output of the Arcam would, to me, be worth the price premium over the Belkin if I that was all I was interested in using. In a practical, usability sense there wasn't much to choose between the Arcam and the Belkin. The reception was similar between the two devices. Both failed the "next room test" but the Arcam held up slightly better. It didn't make much difference though. For either device you really need to be within a few meters in the same room to maintain a reliable connection. Pairing was easy between an iPad and both devices. If you're considering buying a Bluetooth receiver there are subtle differences in terms of the pairing method and the number of simultaneous connections but I haven't investigated that enough to discuss it here.

The miniBlink is a sweet little device that I would be happy to give house room to (especially if I won it in a competition)! It's very nicely designed and the sound is pretty astonishing given the convenience, its small size and fairly economical price. In competitive terms maybe it's a bit expensive given that it has no digital output, but if I was concerned only with the audio output it is well ahead of the Belkin. In terms of sound quality, it won't replace a wired device but it's fun to use and could find a place in many systems.

Win an Arcam miniBlink with our contest!