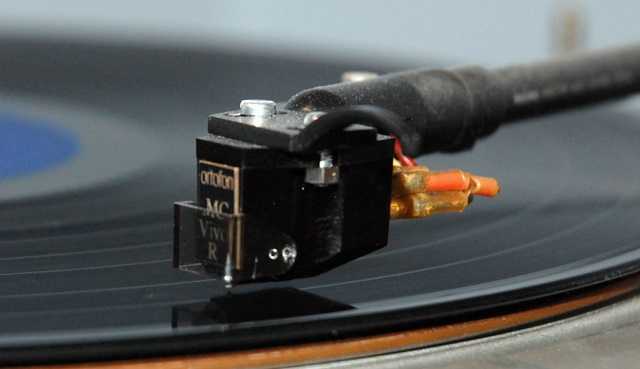 The cartridge segment isn't the fastest moving part of the consumer audio market, I suppose. I myself have used the same cartridge for many, many years, and I've always been very happy with it. It's a Denon DL-160 and I bought my first one over 20 years ago and the last one only recently. The Denon has never really disappointed me, but after I discovered how much improvement the Leema Elements phono stage brought to my vinyl replay I started thinking what would happen if I tried another cartridge. The Leema can handle low output MC cartridges, so it made sense to try one like that. The Denon is a high output MC that only needs a standard MM phono stage, which is convenient but low output MCs are supposed to be better. The Ortofon Vivo Red fits the bill and is also not too expensive, which is good as I still hesitate spending a small fortune on something that will wear out in a couple of years. Even if you play a lot of vinyl, the Vivo Red shouldn't be too hard on the old bank balance, which is as it should be.

The Vivo Red MC is the latest cartridge in a long, long line of Ortofon moving coil cartridges, starting in the late forties! It has an elliptical stylus mounted on an aluminium cantilever, just as the Denon actually. The two features that Ortofon claim distinguish this cartridge are the coils and the material of the body. The coils are wound from high purity copper and are said to have a particularly low output impedance, which should make the Vivo Red less sensitive to the load and an easier match for the phono stage. The body is made from a newly developed polycarbonate resin, Lexan DMX, which is supposed to have excellent damping properties and it indeed feels very solid. There's also a Vivo Blue, which has a nude diamond stylus and is therefore a bit more expensive.

It was a bit of a shock, after more than 20 years, to mount a cartridge that wasn't a DL-160. Luckily I had a spare headshell, another relic of a bygone age when arms had separate headshells. It did mean that I didn't have to unmount the Denon, and it made for easy comparisons. The turntable used is a Micro Seiki DQX-500 with MA-505 arm and the phono stage is the wonderful Leema Elements phono. I used this vinyl front end with my Django transformer preamp, my Usher R1.5 power amp and SEAS Exotic loudspeakers (review coming soon).

One could, and perhaps should, worry about the optimal match between the cartridge and the phono stage, but since the Leema doesn't have any settings that can be changed in any way this doesn't make much sense. So, I didn't worry at all and just started listening. The first thing I immediately noticed was the strong and solid bass that this cartridge produces. It isn't just deeper and stronger than with the DL-160, the lower frequencies also have more attack and definition. The whole sound is actually more robust, with a presentation that is both weighty and fast. And it's not just the bottom end that excels, the midrange is equally good, with excellent transparency. The top end was a bit edgy initially, but settled down after about 50 hours or so, and then sounded really airy and open. Presentation overall is just on the warm side of neutral with very good focus and an impressive capacity to keep things together when the going gets tough. It is a set of qualities that works well with all sorts of music, as the solid, grounded sound of the Vivo Red always helps to bring a physical presence and a good sense of rhythm and pace to the party. This benefits Talking Heads just as well as Glenn Gould or Diana Krall.

So, it's lively and solid, but at the same time it retains all the advantages of vinyl, as the Vivo Red also sounds really refined, fluid and tonally rich and pure. More simply put: this cartridge is an absolute joy. Not only does it get more music from the groove than the Denon, it also manages to both engage and seduce you with its sound, and all of this without any apparent downsides. I'm sure you can get better sound out of your vinyl than this, but I seriously doubt you'll be able to do that at anything near the price of this cartridge.

Of course, you cannot expect perfection at this price, but it is really amazing how well the Ortofon copes. Minor criticism could be aimed at the top end which, depending on your taste, could either be described as nicely open and airy, or a little bit overenthusiastic at times. It also depends on the recording, obviously, and I found the upper treble to be fine with most recordings, and only a little bit intrusive with recordings that are problematic to begin with. I guess it is a choice between covering up potential problems or showing things as they are, and the Ortofon quite clearly favours the latter. With a good recording and a clean record the top and can be very impressive indeed and was described by one visitor as 'dynamically unlimited', which I took as a compliment.

In a way it is typical modern sound, less soft and more powerful. A bit more like a decent CD player, I guess, with tight bass and a precise presentation. This is not an old fashioned, woolly sort of sound, but neither is it completely like a CD player, really. It has all the advantages of vinyl, while bringing much of the qualities of CD to the party, provided your records are clean and in good shape, obviously. It is an addictive mix that left my poor Astin Trew At3500plus CD player with very little to do during the last few weeks. I'm not sure my vinyl replay with the Vivo Red was really better than the CD player, to be honest, but it certainly was at least in the same league. Switching between the two was basically painless, and even the tonal balance was quite comparable. Basically I had two almost flawless sources in my system, the CD a bit more quiet sounding, and the record player wonderfully elegant.

Actually, I was quite shocked at the difference with the Denon DL-160, quietly hoping that the upgrade of the phono stage from Cambridge Audio 640p to the Leema Elements Phono would have been a bigger step than this, but the opposite was true. Of course, the Leema is able to handle the extra information and drive, something that the Cambridge Audio might not have coped with as easily. I had the distinct feeling that the 640p was already working near its performance ceiling with the Denon, which is not the impression you get with the Leema. Sadly, I'd sold the Cambridge Audio 640p already, so I couldn't really verify this, but I'm convinced that the difference between these two cartridges would have been smaller with that phono stage. And I'm also certain that the difference between these two phono stages when using the Denon isn't as big as the difference between the two cartridges playing through the Leema. Still, having a £100 phono stage with a £200 cartridge doesn't make sense to me, and the Leema and the Ortofon make a very good combination indeed. So, whatever way you look at this, provided you have a decent phono stage, the Ortofon seems an absolutely excellent investment and represents brilliant value.

An excellent cartridge with a solid, weighty and effortless sound that really works with everything you throw at it. There's plenty of drive, but also loads of refinement at the same time to make for many happy listening hours. At the price this seems brilliant value and I can only highly recommend this wonderful cartridge.