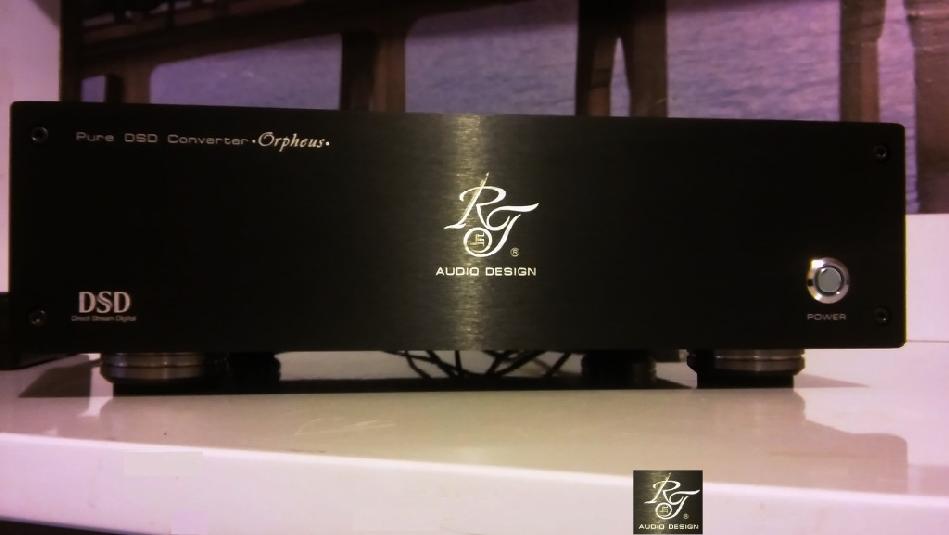 In March 2015 I was lucky enough to discover RT Audio Design based in Sofia, Bulgaria and their range of DACs. I reviewed one of their battery powered DACs, the Orpheus mk1 and really enjoyed the musical experience. Since then technology has moved on and now we have a DSD only replay converter from RT Audio Design. Technically this is not a DAC in the normal sense as it does not use a DAC chip, it converts the data stream directly to audio using a simple low pass filter. 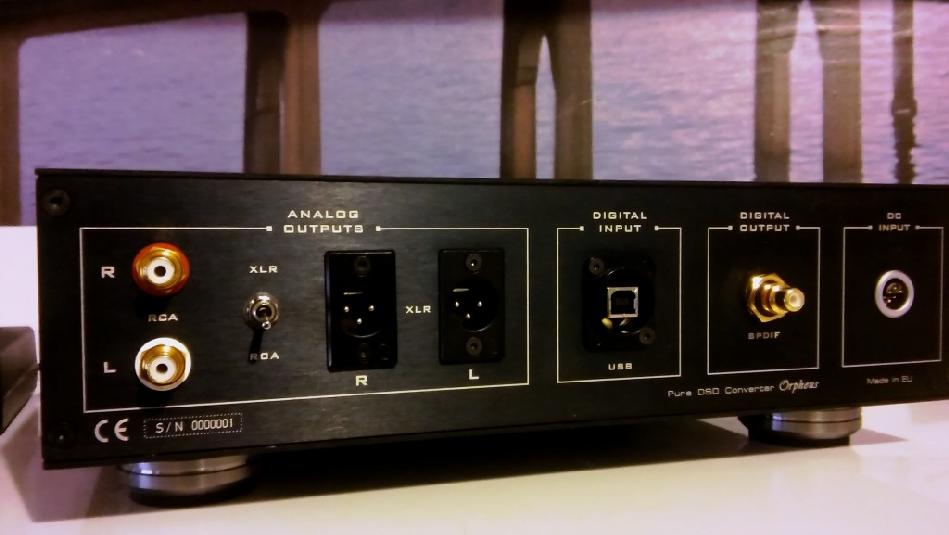 What is a DSD Converter?

In a regular digital to analogue converter (DAC) there is a chip, or IC, that takes the digital data from a computer or other CD player and this converts the digital numbers back to an analogue signal. This DAC chip is required because the analogue signal is represented by a series of numbers that represent the signal level at a particular point in time. A DSD encoded recording is very different to the standard pulse code modulation (PCM) encoding that is used by the regular DAC chips. DSD encodes the music in a pulse density modulation, also known as pulse width modulation data stream. This data stream represents the music as a series of pulses that vary in width. If you would like to read more about DSD audio I recommend the wikipedia page Direct Stream Digital.

The DSD encoding method means that to decode it you do not need a regular DAC chip, all that is needed is a simple low pass filter. The complex digital and analogue filters, used in regular DACs, introduce all sorts of affects such as pre/post ringing, and these can impact sound quality. The Pure DSD Converter from RT Audio design has none of this complexity, just an analogue low pass filter, feeding hgh quality output transformers from Llundahl. The converter also has balanced outputs, I was not able to evaluate these as my current amplifier only supports single ended inputs. 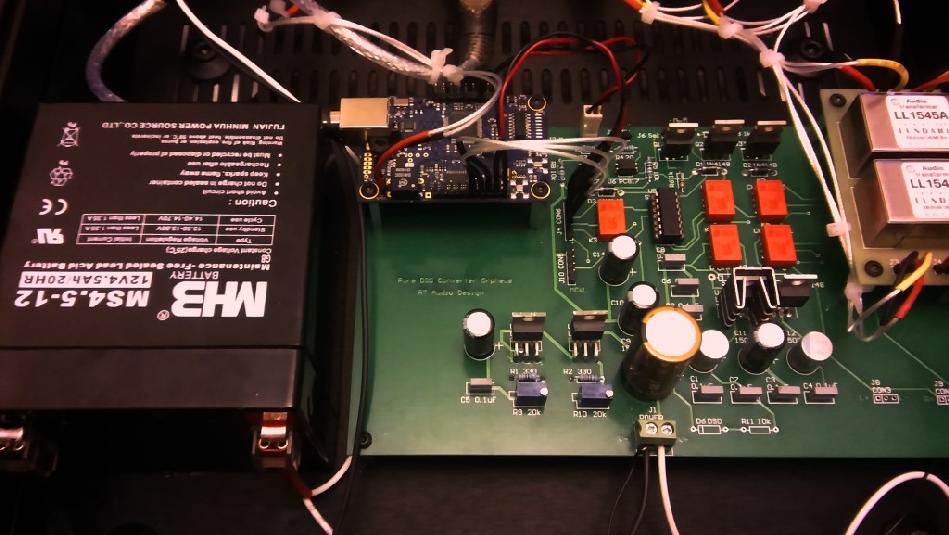 As with the other DACs from RT Audio Design this one is powered by a battery so as to isolate it from external noise. You can disconnect the external charger, although I never noticed any significant improvement, so left it connected all the time. To feed this data hungry device I started with my regular source, a PC running Audiophile Linux, recently upgraded to version 4. This source works well and the sound quality is very good, the only problem is the level of background noise, an artefact of the encoding method and simple filters.

I asked Tsencov at RT Audio design and he recommended using JRiver Media Centre. I installed JRiver on my MacBook Pro and with a bit of configuration it was soon working and sounding better. There are options in JRiver to enable 24kHz, 30kHz or 50kHz 48db per octave filters, one of these is essential to remove the high frequency noise, I used the 24kHz setting. It would have been nice to try JRiver Media Centre on Linux, but I ran out of time. One option with JRiver is the ability to convert other file formats to DSD on the fly, this allows you to play PCM files, a useful feature. Personally I do not like my digital data to be modified, I like it to be passed straight to the DAC without modification. Whilst it works I still prefer a regular DAC for none DSD replay, this is just my view. You may prefer everything to be converted to DSD and JRiver Media Centre does the job well. 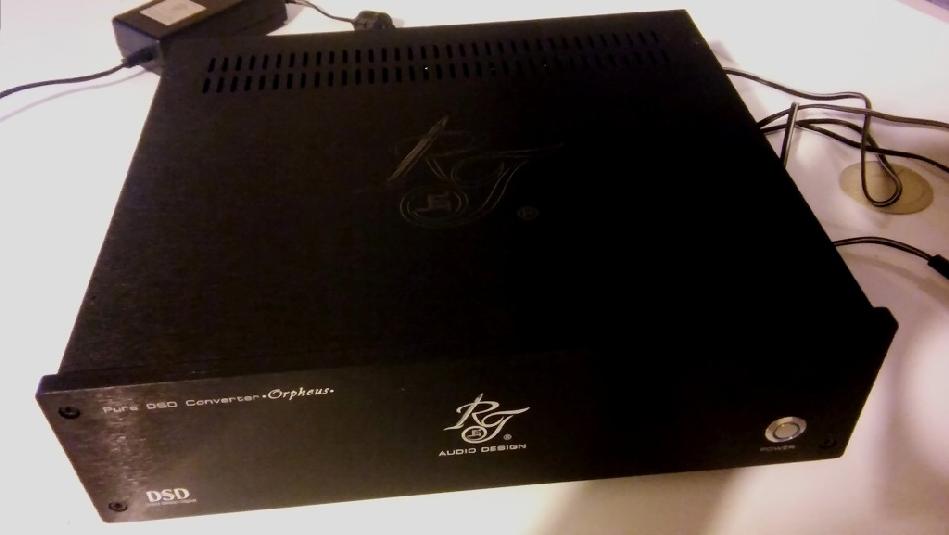 Listening to the music

Listening to either source, AP-Linux or JRiver, DSD replay through the Pure DSD Converter is a different to a regular DAC such as the Orpheus Mk1 or Chord Hugo TT. In my system and room, the difference, when playing DSD encoded music, is most obvious in the high frequencies. The sound seems natural, relaxed and delicate compared to a regular DAC playing PCM encoded music. As most regular readers of TNT-Audio will know I love female vocals, from Mary Black to Alison Krauss and Ella Fitzgerald to Diana Krall. I don't have many tracks in native DSD format that are female vocalists what I do have does sound very open and again natural sounding. DSD encoded music of whatever genre and artist seems to sound less processed and more like my new favourite source, 1/4inch analogue tape.

Getting away from my obsession with female vocals I do have an album from Oscar Peterson playing the work of Richard Rogers. Whilst this album will never have been recorded directly to DSD, it was transferred from the original master tapes directly to DSD. The recording does show its age, not the best quality in places, and when played through a regular DAC I find it hard to concentrate and enjoy the music. Played through the Pure DSD converter the album seemed to draw me in and before I knew it I had enjoyed the entire album. The DSD converter from RT Audio Design, does not hide the deficiencies in the recording, it presents the music in such a way that the problems are not important, the music is what matters.

Earlier I said I like my digital data unmodified, playing PCM encoded files via the Pure DSD converter means they must be converted to DSD. Fortunately JRiver Media Centre does a good job of the conversion so I was able to listen to the rest of my digital music collection. With digitally encoded music you cannot put back what the encoding process has lost. Each conversion from one format to another will introduce be some errors. This is why I want my digital data unmolested when transfered to the DAC or converter. Even so the Pure DSD converter, when fed with PCM data converted to DSD by JRiver Media Centre, does an excellent job. The difference between Pure DSD converter playing PCM files converted to DSD and the Chord Hugo TT playing the PCM files directly is very small. DSD128 and PCM 24bit 192Khz are hard to tell apart, for me it is more the principal of not messing with the data.

You may be wondering how does DSD encoded music played via a regular DAC compare with the Pure DSD converter? My regular DAC is the Chord Hugo TT which if I am honest has been a bit disappointing, it is very good but not a significant step up from RT Audio Design Orpheus mk1. What the Chord does well is cope with all file formats seamlessly, it also has USB input unlike the Opheus which only supports SPDIF via coaxial input. I have not really enjoyed the DSD music in my library, it has never delivered the step-up in sound I was expecting. The music seemed to lack the ability to entertain, it was rather flat and did not keep my attention. Only when played via the Pure DSD converter did the DSD music come alive. For me it is the high frequencies that define the sound of DSD being cleaner and more detailed. I realised the naturalness of the sound is also partially due to the dynamics of the music. The leading edges of the sound, from instruments such as the drums, seem to have more attack making the music more dynamic.

DSD encoded music has a small and loyal following, the availability of music is limited compared to PCM encoding, though it is expanding all the time. Using JRiver Media Centre correctly configured to pass the DSD files straight through to the DSD converter, and convert PCM to DSD128. You can then take advantage of the superb sound of the RT Audio Design Pure DSD converter with DSD encoded music. The rest of your none DSD music library will still sound first rate, while you relax to the more natural sounding music from your DSD collection.

If you don't use JRiver (or Foobar) to play your music library, you may find the background noise you get with this converter a bit off putting, though it disappears as soon as the music starts. You can also hear a click between tracks, this is a muting circuit engaging to suppress the inevitable noises you get during track changes.

Overall I enjoyed my time with the RT Audio Designs Pure DSD Converter, the difference it makes to DSD replay is significant to my ears and the first time I have really enjoyed the DSD format. For me, with well recorded music, the Pure DSD Converter brings digital music another step closer to the ultimate sound of studio master analogue tapes.