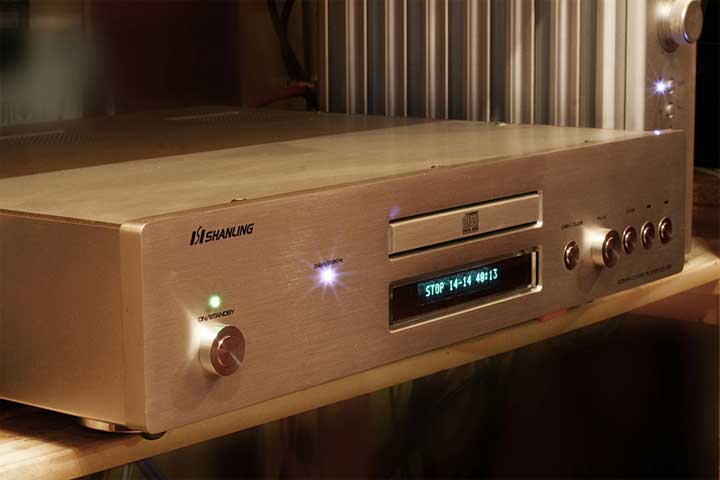 Please see Part one for the background to this story.

Piecing it all together…
The fantastically helpful and efficient Matthew Jameson at Real Hi-fi (the UK distributors for Shanling) returned the player with a new laser assembly fitted and it has worked flawlessly ever since. Matthew informed me that the serial number on my unit indicated that it was not an official UK model – i.e. it was a “grey import”.

Piecing things together, it seems that the previous owner probably bought it through eBay or something similar, direct from China. Then, when he found it had the intermittent skipping problem, he probably decided that it would be too much hassle to attempt to send it back to China and decided to ditch it through his unsuspecting local hi-fi shop. This he must have done when the player was virtually brand new, because as I said before, when I got it, it still had its “new component” strident treble – i.e. it wasn’t even run in. I just can’t hold a grudge against the guy though, because I’ve gained a proper audiophile standard CD player here for peanuts.

Apparently the official UK models have certain PSU and component modifications specified by Real Hi-fi and performed in China by the Shanling factory. Also, they have identifiable UK serial numbers, so if you’re ever thinking of purchasing a used one, you can check the serial number first and phone Real Hi-fi, who should be able to tell you whether it’s a UK-spec player. The modifications Matthew claims produce about a 15-20% improvement in sound quality. Well I would already have classed it as amazing value at its retail price of £650, without any further improvements. 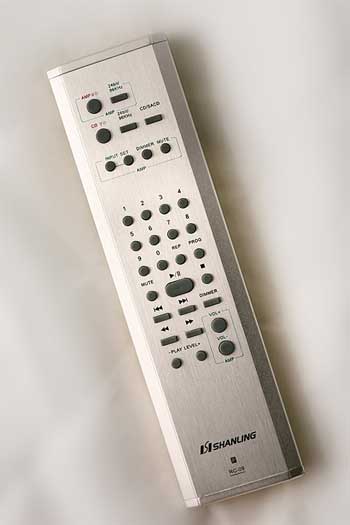 Fine-tuning
I’ve had a few more weeks of listening to it now and it’s broken in still further. To start with, on re-installing it into the system, it exhibited a slightly unsettled disjointed character. I’ve found this to be typical of components that have been recently shipped though – so I didn’t panic. Sure enough, it settled in completely over a period of 3 or 4 days and started to show a very “sorted” and up-together character.

The intensity of the display can be varied by remote control. I could detect no differences to the sound quality as a result of this, but it all contributes to the luxury feel.

I experimented with the remote-controlled digitally variable level control, which I consider to be a useful feature – and not for the usual reasons. Generally the justification for variable output level on a CD player is supposed to be that it enables direct connection to a power amp – thus obviating the need for a preamp in a single-source system (personally, I can’t imagine having a single-sourced system!). But there is another use for it: nearly all CD players output around 2V of level, which is considerably higher than the standard line-level as outputted by tuners and the like. This can have adverse effects on sound quality. The problem has been recognized and written about by Russ Andrews and in fact, he sells interconnects with built-in resistors – specifically for bringing down the level of fixed-output 2V CD players to normal line-level. The improvements this can bring about are not subtle – even when pre-amps have supposedly been designed to be happy with 2V. I don’t really understand why, but I know it’s true. It’s no accident I think that the stratospherically high-end CD players from Zanden have a much lower output level than standard. The digital level control on the Shanling changes the sound quality in various ways as you turn it down from maximum output (“100”), so it is important to listen to the changes very carefully and not to overdo it. I found the best setting in my system to be “89”, which sounded about the same level as my Arcam tuner. Once you’ve found the best possible setting, you can set and forget it and it remembers to stay there even if you unplug it –very handy! This setting smoothed and sweetened the sound and all the following sound quality comments are based on it. 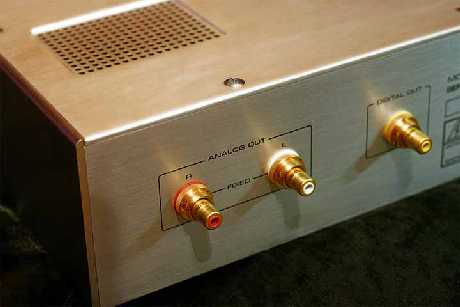 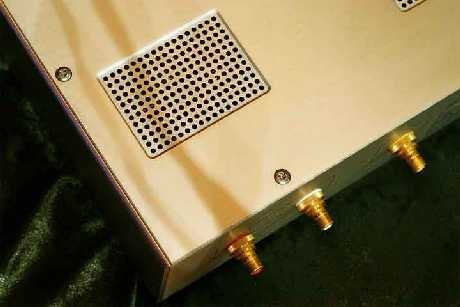 The musical fun begins
Tonally the Shanling is very well-judged – there’s no excess fat, nor is it in any way coldly analytical. What we have here is liquid flowing organic sound, with a very pure extended guile-free, grain-free treble and effortless music making. These are attributes I normally associate with far more expensive players. The nearest priced rival I’ve heard to out-class it is the AstinTrew 3500, which retails at £1350. No surprises that the AstinTrew also has a tubed output stage! All the other players that I’ve heard to match this effortless fatigue-free music making have been £2000 or over, so we can see that what Shanling have achieved here is nothing short of remarkable.

The superbly recorded new album from Julie Fowlis (winner of this year’s BBC Radio Two Folk Award, she sings beautiful songs from her island home of North Uist in the Scottish Hebrides – all sung in Gaelic) demonstrated this player’s beguiling way with female vocals. A locked-in dead-centre image, with sweetness and purity emphasized to the max. More information about the complex textures of the voice and its inner harmonic detail was presented than you would expect from a red-book CD player and the same sort of thing was achieved with all the naturally recorded acoustic instruments on this album. Let’s not get too carried way – it won’t match a high-end turntable for textural and harmonic detail – but it kicks most CD players’ collective asses and it’s so well balanced and flowing that it doesn’t leave you wishing for more – you just kick back and enjoy the music, which is surely all you could ask of a hi-fi component. That should be every component’s raison d’être should it not? If only that was the case!

Moving on to some electronic music, KLF’s “Last Train to Transcentral” remixed version from the early 90’s compilation “Ambient House”: what struck me was the juicy liquid glowing multi-faceted textures of the synthesizers. Likewise, Underworld’s Beaucoup Fish album showed the complex organic textures that expertly manipulated analogue synths can achieve. No doubt these fabulous textures are the sort of thing these artists were hearing in studio, but which are all too often strangled, thinned and flattened by hi-fi systems.

It is not perfect however. I would say that the bass, while it’s very agile and musical, lacks the easy heft which some of the more expensive players exhibit. The AstinTrew mentioned earlier combines the easy flowing character of the Shanling with a weightier, gutsier bottom end. But then it is over twice the price (and still excellent value). The Shanling’s transport draw seems very flimsy when it slides out (in common with many modern players of course) – which jars rather when you compare it with the excellent finish and materials used elsewhere on the design. Finally, is there a question about reliability? My sample had to have a new laser assembly when it was clearly almost brand new. But then even after having it repaired, I’ve still spent less than I would have believed possible for such high sound quality and luxury appearance. 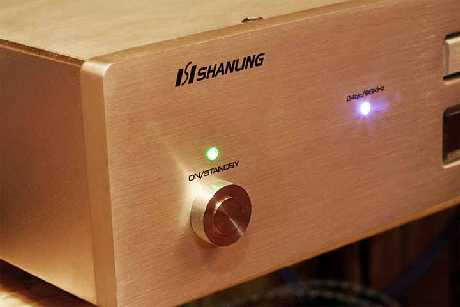 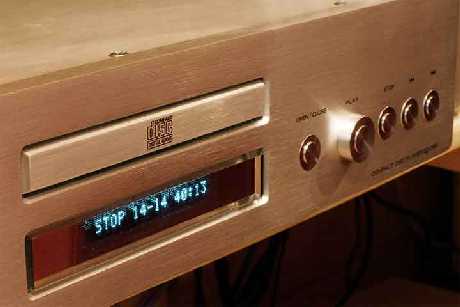 Conclusion
With its effortless analogue-like music-making, this CD player has been a great discovery for me. It says a lot that I’m buying CDs again, which I had more or less stopped doing. It comprehensively out-classed my old Meridian 508-24 in my system – which just goes to show how much the game has moved on in recent years. It is simply a joy and is the only player I’ve heard for less than £1000 that can truly satisfy in a reasonably high-end system.

Finally, many thanks to Andy Hayes, who emailed me with the information that Chevron Audio Developments provide upgrades which are supposed to enhance its performance still further – see www.chevronaudio.co.uk. Tube rolling is of course also a possibility. I’ll look into the upgrades and possibly do something when funds permit. But for now I’m really satisfied with the sound and don’t really feel the need to upgrade. I wouldn’t be an audiophile though would I - if I didn’t find the prospect intriguing? So maybe one day there’ll be a part three to this review – you never know… 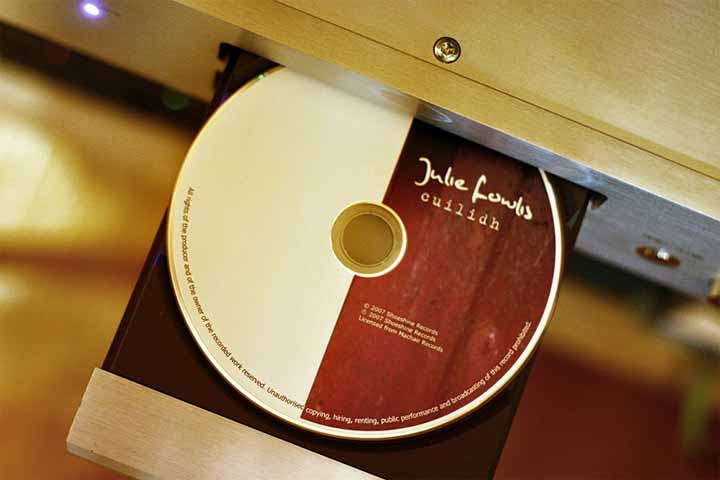