Bring me to life! 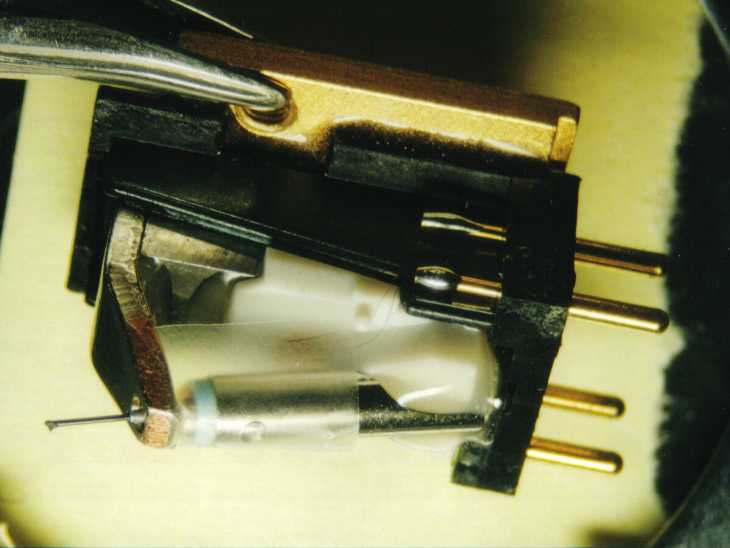 Roberto Torlai is a passionate analogue lover, before anything else. He transformed his Passion (an his vast expertise as fine watch-repairer) into business by founding his Torlai Pick-up Service several years ago, in Italy. Since then, his work on stylii and cartridges has been highly acclaimed by audiophiles worldwide.
He simply does EVERYTHING you might need for your cartridge: install a new stylus or a new boron cantilever, rewind the coils, micro-solder the hair-thin wires inside any pick-up or, more generally, perform a full cartridge "service", restoring what it needs to be restored, calibrating and regenerating, cleaning or upgrading.
Yes, he can even "tweak" your cart to make it perform better than it did when new. For example, the picture above shows a Denon DL 103, "spoiled" by Torlai, with a new metallic base, a new boron cantilever and a new Gyger II stylus (cost of the upgrade 350 € approx). The new tech specs for this "Torlai'd" DL 103 are:

The sound of the "upgraded" cart retains all the flavour of the original DL 103: warmth, smoothness and listenability. Nonetheless, the differences become immediately evident.
First of all, the cart sounds even smoother than before. Secondly, though still sweet sounding, the high range is more precise, perhaps even a bit more evident than "stock". When required, it can even become more aggressive, though you shouldn't forget we're talking of a 103, an all-around gentle performer that is miles away from the sometimes idiosyncratic character of many "extreme" MCs.
You may already know the stock 103 (see our review) isn't exactly lightening fast though it still possesses a kind of "powerful" touch that can help to counterbalance this slowish attitude. The modified 103 has less brute impact, but transient response and speed are greatly improved. Do not think it is a kind of "turbocharging" effect but still the DL 103 by Torlai shows better liveliness, when compared to the stock cart.
Thanks to the increased level of precision, even the 3D soundstage becomes firmer and wider. It still is a DL 103, but definitely it has been improved in many areas. I wouldn't suggest this mod to the faint of heart, though: the DL 103 "nude look" isn't easy to "handle" safely and you can end up thinking everything can damage it. Just think at the installation procedure!

Generally speaking, retipping and other restoring "services" are pure nonsense on cheap cartridges. It becomes a very clever option on high-end carts, especially if you consider that with a new, better boron cantilever and a Gyger II or S stylus the performance increases up to a level that couldn't be reached without investing relevant amounts of dinero on new, higher-end carts.
For example, my Ortofon MC 20 Supreme made a quantum leap forward after a complete Torlaization: a new boron cantilever and a Gyger II stylus! The already good characteristics of the MC 20 got improved in every aspect, especially overall transparency, trackability and definition. Even the 3D soundstage opened up!!! For sure, the upgraded MC 20 sounds in whole different league.

Torlai "tweaks" many carts, besides the DL 103 and the MC 20, also the Benz Ruby, Linn Archiv and Dynavector DV 20 can be Torlaized. See his website for details and prices.

Anyway, Torlai isn't just mere "upgrading". Cartridges are very delicate devices, especially moving coil ones. They make use of coils that are wired with hair-thin cables and these minuscule wires can break or de-solder even without a "clear" reason. So, while the cart might be otherwise fine, it becomes a useless piece of high-precision equipment when a micro-wire breaks. Winding new coils or even micro-soldering one of these is a work that few specialists can do. You need high precision soldering guns, a microscope and very, very good hands: any micro movement can compromise the whole work (and cartridge's future life).
Furthermore, establishing how much "life" is left on a pick-up, especially if bought second-hand, is something a common audiophile can hardly evaluate. Torlai generally offers this kind of "service" for free during HiFi Shows: just bring your old cart with you and ask him for a precise evaluation under his microscope.
After a full "check-up" he might suggest what's the smartest thing to do: put the cart into the nearest trash bin or bring it to new life.
It might need a new stylus, a new cantilever or simply a general cleaning and overhauling. Prices vary according to what's required. Be sure to check with him before trashing your old trusty cart.

The proof's in the pudding

A couple of years ago I bought a second-hand turntable and this had a cart which, considering the age of the TT, I assumed to be ready for the trash bin. Even the previous owner was unsure about cart conditions. Hence I brought the cart to the Torlai booth at the Roma HiEnd Show and asked him to have a look at it under his microscope. Guess what? The cart was almost brand new, estimated playing time resulted in less than 100 hours! What does this mean? It's fairly simple: the guy is 100% honest. I mean: how many times a repairer tells you there's NOTHING to be repaired (be it a car mechanic, a plumber or...whatever)?

Anyway, when it's time for the trash bin, you might find a good replacement among the dozens of carts Torlai sells on his website: generally he lists "restored" and "upgraded" carts but even brand new ones are sometimes available. For restored or upgraded carts he generally offers a complete tech specs paper, with the frequency response and channel separation of THAT particular pick-up you're purchasing, something which is RARE even when you shell out big bucks on new high-end carts.

Delivery time is 20-60 days, depending on the kind of work is required. Below you'll find just a small selection of the magic tricks Torlai can perform to a cart.
Parental advisory: pics of nude and exposed cartridges here!!! :-) 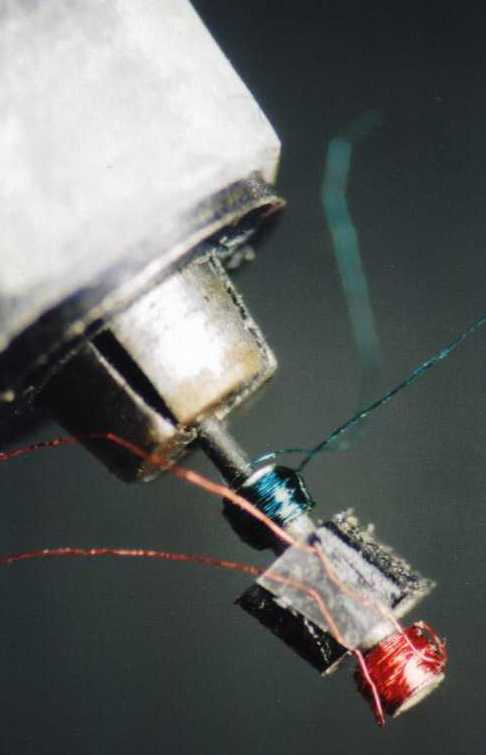 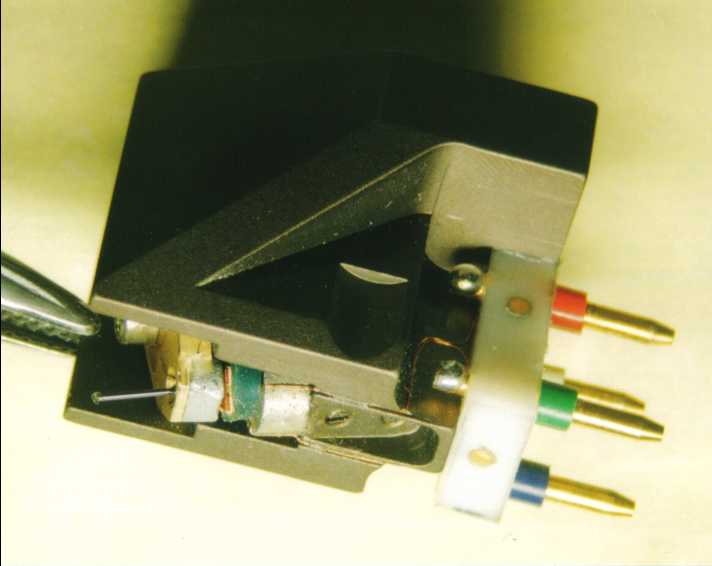 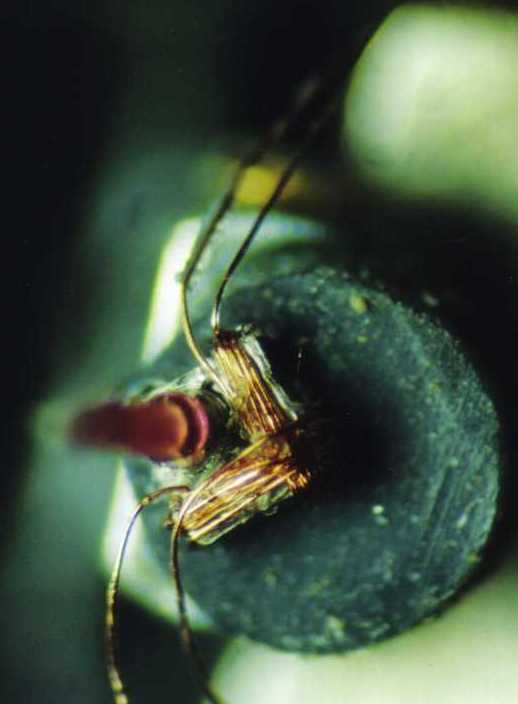 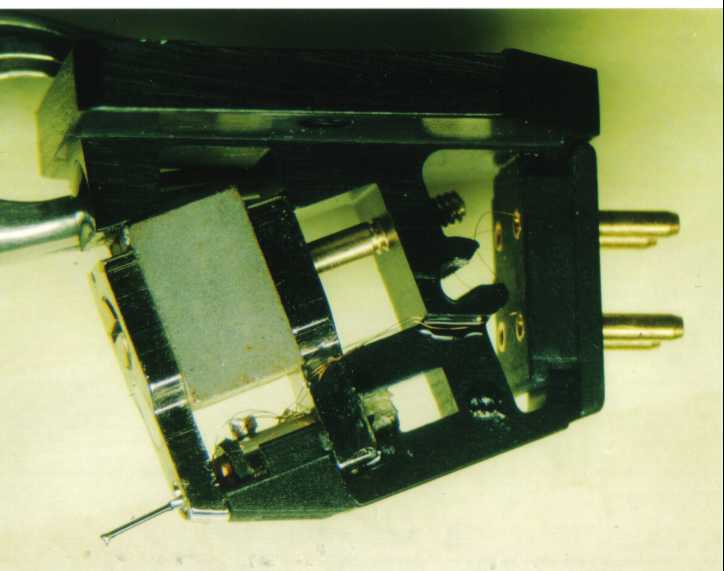 Well, it is relieving to know that there are men who devote their time restoring analogue gear, it means there's hope for us, die-hard analogue-lovers. If your cart is in need of "service" drop Roberto Torlai an e-mail: he can deal with international orders (his website is also duplicated in English) and shipping a cartridge is easy and inexepensive. He may bring your trusty old cart to new life at a fraction of the cost of a new, equivalent cart! Otherwise, one of his "tweaks" might be the easiest and cheapest way to improve your analogue playback gear. Finally, he offers a no-quibble 6 months warranty on his work and on second-hand carts plus a sort of "money-back" guarantee. Worth bookmarking!