A graceful converter from Japan

Yamamoto is a small Japanese high-end audio company, founded by Mr. Shigeki Yamamoto about 25 years ago. They are well known for their tube amplifiers and horn loudspeakers, so we are talking the more exotic end of the market here. The Yamamoto DAC intrigued me immediately when I saw it announced on some other audio website. It simply looked great, especially on the inside. Yamamoto claims that most digital sources lack 'grace', and this DAC is designed to play music in a graceful way. I have recently rediscovered vinyl and the word 'graceful' isn't a bad description of the advantage that vinyl still has over CD, so I was very interested in finding out more about this DAC.

The review sample was supplied to me by AngelSound Audio in the UK, another indication that this might well be a heavenly sounding bit of kit. First impressions certainly confirmed all of this. It might not precisely be my taste, but it looks the part, with its champagne casing and wooden sides. The inside is really a sight for sore eyes. I don't think I have ever seen a component more deserving of a glass top than this one. The attention to detail is simply amazing. 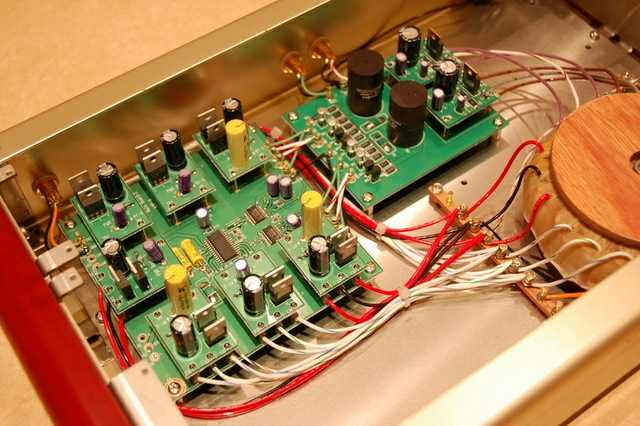 The DAC came with a powered digital interconnect, by Acoustic Revive. Yes, you read that correctly: it really is a digital cable with a power supply. It feeds a little box in the cable where things happen I don't fully understand. I did find out that it was very directional, though, as it wouldn't work initially and things only improved when I found out I had connected it the wrong way around. This cable costs more than what most people would spend on a complete CD player. I had no other cable to compare it with, but I can only assume it was very good.

The documentation provided with the player is only of use if you want to have a good laugh at very, very badly translated Japanese. I did find out that the DAC can accept sample rates from 32 to 192 kHz, making it quite universal. It does only offer RCA digital input and only RCA analogue outputs. There's no USB input. The DAC was used with my Astin Trew At3500 CD player as a transport, my Django transformer preamp, the Astin Trew At2000plus integrated amp, used on its own or as a power amp with the Django, and my Dynaudio Contour 1.8 mk2 loudspeakers. During the review period I was also able to use the DAC with the excellent Aurousal A1 mk2 and VS speakers that were also on review. 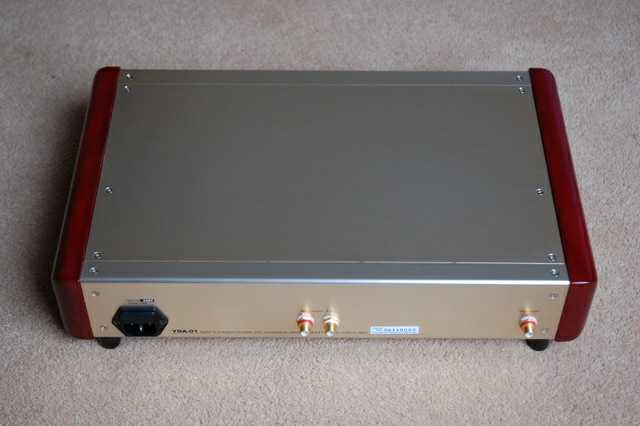 I initially had the DAC attached to a very old Philips CD player, as my own Astin Trew At3500 was away for a few days. It showed that this DAC isn't completely immune to the quality of the transport feeding it because the sound noticeably improved when the Astin Trew returned. With the old Philips the sound was a bit harsh and 'digital', but when the Astin Trew was providing the bits it sounded a lot smoother and more refined. I have experienced before that the personality of the transport shines through in the sound of a DAC, a fact that other people have also reported but that still baffles me a little bit, to be honest. Must be jitter, or something like that. But even if I don't know what is causing it, the fact of the matter is that switching from the analogue output of the Astin Trew to the output of the Yamamoto DAC showed that the differences were small and that the two sources shared the same basic traits. They both sound smooth, warm-ish and sweet. I had to double check the preamp several times during the review period to verify which source I was listening to. I actually mixed them up for an evening, unintentionally increasing the unbiased nature of the review process.

Over a period of several weeks I didn't develop a preference for one or the other source, just using them in turns. So, as an upgrade to the At3500 this would make little sense, I fear, but the fact that it sounded as good as the Astin Trew on its own still shows that this is a fine DAC, as the At3500 is an exceptionally good player. I also have to stress that most of the listening was done through the Astin Trew At2000plus integrated amp, giving the At3500 CD player somewhat of a 'home advantage'. It is also worth mentioning that the At3500 was upgraded with the excellent and costly EAT ECC88 valve.

In direct comparison a few differences still showed up. The Astin Trew player is slightly warmer and smoother, while the Yamamoto is a bit more open and transparent. The At3500 projects a deep soundstage with all of the sound behind the speakers and switching to the Yamamoto DAC moves everything forward a little bit. Layering improves marginally with the DAC and the sound certainly is a bit more enveloping. The Astin Trew produces a mid to back hall perspective, while the DAC moves you to a position more towards the front of the hall. We're not talking huge differences here, but more than enough to be noticed in an A/B test, certainly once you know what to listen for. It makes the Yamamoto the more engaging source. On the other hand, the extra warmth and smoothness the Astin Trew offers is quite nice too, and it makes it slightly kinder to less than perfect recordings. In the end it will be mostly personal preference and system context that will decide the winner. Of course, the DAC might do better with a better transport, but I wasn't able to verify that. 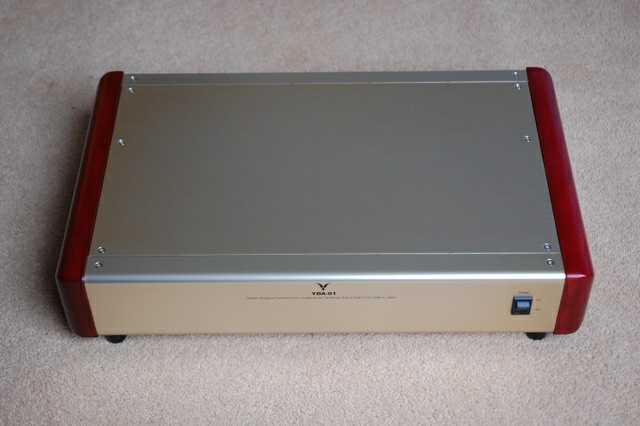 This is a fine DAC that produces a smooth, spacious sound while still being very transparent and engaging. Build quality and finish are excellent. The main objection is the relatively high price, which is partly due to exchange rates and could be less of a problem where you are.