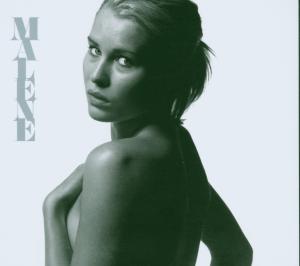 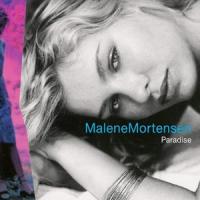 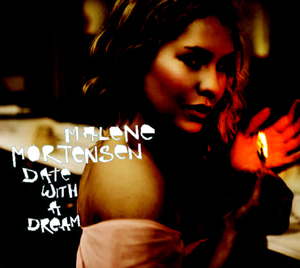 I always tried to like the new singers, be it Norah Jones, Katie Melua, or Patricia Barber. But when I listen to their CDs at the shops, I am mostly reminded of elevator music, too clean, too uniform, emotionless, meaningless, boring, replaceable, forgettable, insultingly artificial. I have to admit, I experienced just one exception: two years ago, I listened to "A fortnight in Paris" from Ms. Barber and found this her first CD acceptable for me. 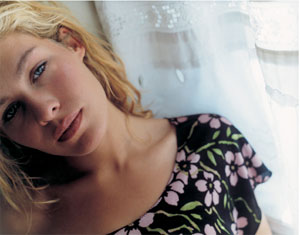 With Malene Mortensen it is different. The first track that I heard from her was "Spacey" from her album "Paradise" played by some Danish fellow DIY audiophiles on the European Triode Festival (ETF) some years ago. I was immediately struck by the musical dense and interesting presentation of this jazzy track, featuring the world famous acoustic bass player Nils-Henning Oersted Pedersen, who sadly passed away this year. Last year the Danish brought even more Malene CDs to the ETF and I liked them all, so I then decided to buy them all.
As they were not available in normal shops at that time, I ordered them at cdnow.com. By now, you can buy her last CD in normal big CD shops, e.g. Saturn/Germany or Amazon. Friends reported on problems with availability of her first albums, so hurry up.

Meaningful English texts, which do not insult my intelligence, how rare this is to find. Malene Mortensen plays some sort of bar jazz you can listen to while driving your car or testing your hifi. Yes, the albums have audiophile quality, and when I played Malene at the Munich High-End show 2007, it was more than once, that other folks asked for the singer and album information. Though, her songs do not have the always happy approach of say Shania Twain, she shows us a rather broad palette of emotions and feelings.
Her songs deal with the death of her mother, her problems in communication with the opposite gender, but not only, there are also other songs expressing happiness. While her voice is not really enchanting - if your systems tends to sound wiry or steely, Malene might sound downright nasty - , Malene always is true, is believable, credible. She uses simple, appropriate language, far from the artistic approach showing hundreds of meaning levels of Tori Amos.
Who comes close? Maybe Jennifer Warnes. If you like her "Famous Blue Raincoat", you might also like the albums of Malene.
On Malene's very comprehensive website, you can listen to some tracks online and test it. Just do it.