Marla Glen - "This is Marla Glen"

We HiFi reviewers have a long list of records that routinely play to evaluate electronic components. Normally, we use at least two reference albums for any musical genre, so to have a quick way to compare results and judge how a component performs in any area.

Actually, I use more than just two albums per genre but, among these, there are few albums that I briefly play before the others, just to get a quick idea of what to expect from the examined component. One of these is This is Marla Glen, Marla Glen's debut album, released in 1993. Musical genre: (black) rhythm and blues & jazz.
Who is Marla Glen, you might ask. Let me strongly invite you to read her Wikipedia page and browse her official website...I can just type few phrases about this extraordinary singer and songwriter. Marla is a talented black American (now living in Germany) singer and composer whose father was a blues guitarist, whose grandmother was a gospel singer, and whose mother was friends with the blues guitarist BB King.

Her debut album contains 9 intense tracks, all pervaded by her incredibly warm, smoky and deep voice. I must confess that the first time I listened to one of her songs I thought she was a HE and not a SHE! Listen to some music samples you can find almost everywhere on the Net (even on her website or on YouTube) and decide by yourself. Incredible voice, that's really an incredible voice. And she also has an incredible talent as music composer as well. Indeed, all the nine tracks have been composed by her (with some help from Michel Crosio).

The first track of this album has been included into the Manger test CD and the Manger test LP we reviewed here on TNT-audio. The track has been included, of course, because it is a truly outstanding recording.
Anyway, this is NOT an audiophile recording, just a very good album from a standard music label (Vogue Disques). The version I use is the original CD pressing, printed in Germany in 1993. As far as I know, it has been released later by different labels (Ariola) or so it seems from Amazon. I can't guarantee the new releases can offer the same extremely high audio quality (loudness war maybe?). 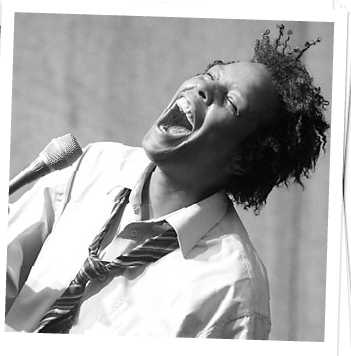 From the list above you can see the measured average is DR12, a very good result, with one track peaking at DR13! Not bad for a standard recording.

Though the opening track The cost of freedom has been chosen for the Manger test disc, there are many other tracks that can serve as evaluation tests for top HiFi performance. Yes, The cost of freedom hits immediately the listener with its thunderous drums and bass, not to mention the irresistible groove. If your system is good at PRaT you won't stop stomping your feet! The track is also a very good test for voice reproduction, because Marla Glen caresses and scratches the listener's ears in a very unique way. Believer is also a good test for choir reproduction (The Cherub's Gospel Choir). Enough opens up with piano, voice and then orchestra, and is a very good test for strings reproduction and lifelike dynamics...not surprisingly it scores the highest DR value (13) of the entire album. Another piano and voice sweet opening can be found on Control, where a very wide and deep soundstage can be enjoyed as well.
First class harmonica reproduction can be enjoyed on Travel, together with an extremely clean and tuneful bass line. Feet stomping at its best here!!! Feel free to crank up the volume till insanely high levels...as an almost like live performance is possible (with an adequate system). Distortion levels are extremely low.

Summarizing, besides being emotionally involving, this album is one brilliant example that very good sound can be obtained even without audiophile pressings. Just avoid extreme dynamic compression, try to capture recording hall ambience and the rest will follow.

A truly excellent album, musically and technically. Wish they were all like this one! Though being almost 10 years old, it sounds extremely modern even by today's strictest audiophile standards.

Marla Glen performing live "Believer" from "This is Marla Glen"