Twisty as a turntable

Two years ago I reviewed Lift and Waves, by Art Halperin's Work of Art. These albums were produced and mastered by Barry Diament in "Real Stereo", direct to disc, without any compression or mixing. The album I'm going to tell you about is something similar, a kind of home recording made with few customer to semi-pro components, with no compressors or limiters. This album, "No photographs" by Jason Vitelli, is composed, played, recorded and produced by the artist himself. Barry Diament took care of the mastering process only.

Before starting the analysis of the recording, let me spend a few words on the artist. Jason Vitelli, from Brooklyn NY, is a young talented songwriter with an impressively polyhedric attitude: he also plays saxophone in a jazz trio, the jKb, composes and produces music for movies and multimedia and finally offers his talent to other musical projects (for example, playing bass on Bobby Kane's live band).
Jason's music is an amazing cocktail of soft-rock, pop, blues, folk and even jazz. If I were forced to name an artist who came immediately to my mind the first time I listened to "No photographs" is Elvis Costello, from his earlier albums. Even the timbre of the voice isn't that far (though Jason seems more gifted, sorry Elvis :-)). Other influences (seem to) come from Lloyd Cole, Peter Gabriel, Billy Joel and even Bob Dylan! Consider this list of artists as a reference, just to get an idea, actually Jason Vitelli's music deserves a category of its own.
The album contains 14 tracks, each one very different from the others, and also quite different from the usual 3-minutes song/chorus/solo/song abused cliché.
"No photographs" opens up with a power assault (The worst thing) i.e. an electric-rock song plenty of energy and sheer impact. The same atmosphere can be found on track 5 (Tortured lane) with a nice ballad in between (Apartment). The album also contains two instrumental tracks (Upon the dead avenue and Locked) where Jason proves to be a talented music composer. Upon the dead avenue (more on this track later) is simply amazing or I'd better say... amazingly simple. Morning sun, June and Broken, can be considered hit singles because of their immediacy. Overall, the album is entertaining and inspired, with never-obvious lyrics. Some song needs to be listened over and over, in order to fully understand its structure. What's missing, perhaps, is a kind of catchy instant hit, that kind of song that even Andy Partridge and Colin Moulding (a.k.a XTC) claimed to be necessary for reaching masses (did they try to reach masses? Probably not!).

Besides the fact this is a very good album, the reason why it appears on these pages is because of the quality of the recording.

Before analyzing the most relevant aspects of the recording, let me show you the screenshot of the DR software applied to this recording. Let me remind you the DR software measures the amount of (average) dynamics contained in a recording, for more details please refer to our list of records analyzed via this software. 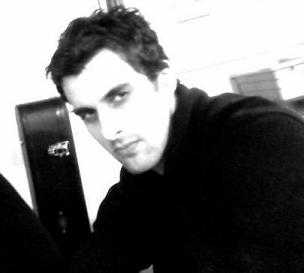 From the chart above you can see the measured average is DR13, which is a very good result even for a truly audiophile recording. For example Naim Audio Forcione's album "Tears of joy" (on Naim Audio audiophile label!) scores a DR12 value. It is true that dynamics don't tell everything about the quality of a recording but we believe it is a good point to start with.
Listening to "No photographs" with a good HiFi system the first thing that catches the ear is its impressive impact, realism and presence. Some tracks, if played at a very loud listening level, deliver a just like live performance that is addictive. The first track, for example, brings you (virtually) in front of a stage where a powerful rhythmic section acts as foundation for extremely realistic electric guitar power chords. Morning sun, just to cite another example, offers a virtual soundstage that is impressive for focus, size and details: alto sax and guitar are there, just on front of you, as they were the real thing and not just something recorded.
Jason's voice appears well centered, with a natural sense of height, just a bit rough and edgy from time to time. And this is the aspect I enjoyed less while listening to this album: the quality of voice pick up isn't on a par with that of the other instruments. I don't know if this is due to the mics used or to close-miking...only I'd have preferred a gentler and smoother performance. On Zeta male Jason's voice appear even rougher, perhaps because of a too close-miking.
Don't get me wrong, the final result is impressive, with better vocals it would have been just perfect! To get an idea, listen to the already cited instrumental track Upon the dead avenue: it opens up softly with a piano and a guitar, then - in a kind of crescendo - other instruments enter the scene and the track takes off! The listener is tempted to turn the volume up till very high levels (I measured over 112 dB peaks at my listening seat, THAT is LOUD!). As it turns out this track becomes a very difficult test for speakers and amps, because of the huge amount of undistorted energy to reproduce, especially in the bass.
Other interesting tests are Announce myself and Broken, where a powerful yet smooth kick-drum makes the listening experience really involving. For a live unplugged version of "Broken" please load the YouTube video at the bottom of this article. Jason plays it with just drums, acoustic guitar and harmonica at the legendary The Bitter End in New York City.
A kind of presence effect can be enjoyed throughout the record, the very same effect I experienced on other Barry Diament's recordings. It is something that gives a live flavour to the recording, whereas many audiophile recordings, with their artificial perfection, fail to be so involving.

The most surprising thing is that this result has been obtained by means of a simple home-recording, using no-audiophile components (see list below). This confirms, once again, that the real limit for making good sounding recordings is... sound engineers and mastering engineers' heads: hyper-sophisticated components, mics, mixers, recorders etc can do nothing against someone who simply doesn't know how the real thing should sound. They apply compression in order to make everything sound louder and fail to capture the real essence of music, which is - essentially - dynamics.

These are the components which have been used to record this album:

Another good example of how, even without audiophile efforts, it is possible to produce a very good recording, even a pop-rock album, a musical genre which is so often brutalized by sound engineers. Have a listen to the tracks Jason Vitelli offers on his website (some completely free) or have a look at his videos on YouTube: if his music suits your taste, provided your HiFi system is good enough, try this CD: you can live a very entertaining experience, especially if you are tempted, like me, to listen at very high listening levels (neighbours beware!).
Let me also add that this records (CD case) is made with recycled material and vegetal inks. Not only, but a portion of sales is donated to Project Renewal, an organization that gives support to homeless people in New York. Need I say more?