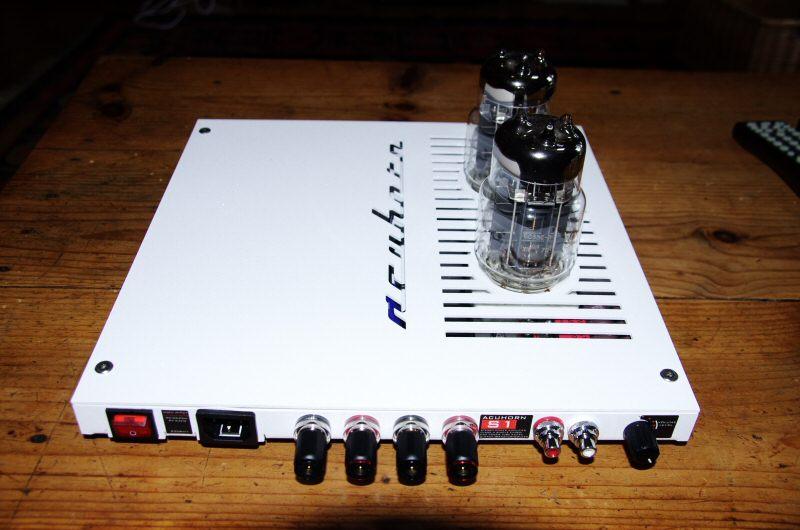 Valve amps are something I came to love many years ago. Sure I can enjoy transistor amps too, but valves power both the main systems in the house and so the whole system is now biased towards them. However valves have their problems, as with everything in the hi-fi world they are a compromise and those compromises put many people off.

Most important (allowing that they sound good) is that they are both expensive to buy and run. In order to perform well good valve amps are dependent on very high quality transformers and that costs money – add the cost of often expensive valves and their inevitable replacement costs and you have to be careful before taking the plunge.

But now Acuhorn have just launched a new range of OTL amps to match their single-driver horn loudspeakers and because they are original rather than 'me-too' product I just had to get hold of one to see what it was like.

As always I put my hand up as being an electronics numpty so what follows is more gleanings from other sources that any great wisdom on my part so please bear with me...

In my living room sits the hulking presence of my Ayon Crossfire Amp. Producing around 30 Watts this single-ended valve amp features massive transformers and weighs in at nearly 50 kg – I had to move it last week and my back still hurts.

The Crossfire is an extreme example, but it requires those transformers for two main purposes. The first is to get mains voltage up to that required by the valves. But the most important are probably the output transformers. These sit between the amp's output and the speaker. The reason is that there is a huge missmatch in the very high impedance/high voltage/low current output of the valve and the low impedance/low voltage/high current demands of the speaker, so much so that the valve can see the speaker almost as a dead short with all that implies. A transformer can match these together, but it needs to be massive and very high quality to do the job – and of course that means expensive. Some would say that it's the most important part of any single-ended amp, but all conventional valve amps need them. Their quality dictates much of the sound quality which is why so many of those 'bargain' valve amps you see on Ebay actually sound pretty dreadful.

But what if we could dispense with the OTs? What if we could use a valve and circuit that solved the mismatch problem to such an extent that all that expense and let's face it – potential distortion from miles of wire – could be done away with.

Which brings us to Output TransformerLess (OTL) amps - a valve amp design that has been floating around for many years and as its name implies does without those big output transformers. The attractions are obvious – less cost, less weight (shipping costs too) and the avoidance of distortions from transformer – Sounds obvious. It's a neat idea but not one that's easy to make and one that has variable success...The reputation of OTL amps is mixed – they can run very hot, be unstable, very unhappy with anything but the most benign speaker loads and frankly sound pretty disappointing. But their potential advantages have led to many being on the market, but none seem as original as the new Acuhorn.

So how is the Acuhorn different?

Well first just look at it! The body is about as thick as half a dozen LP record sleeves (gatefold;-) and exactly the same dimensions – in fact I couldn't resist using a pile of LP records as a support for part of the test – looked really cool;-) 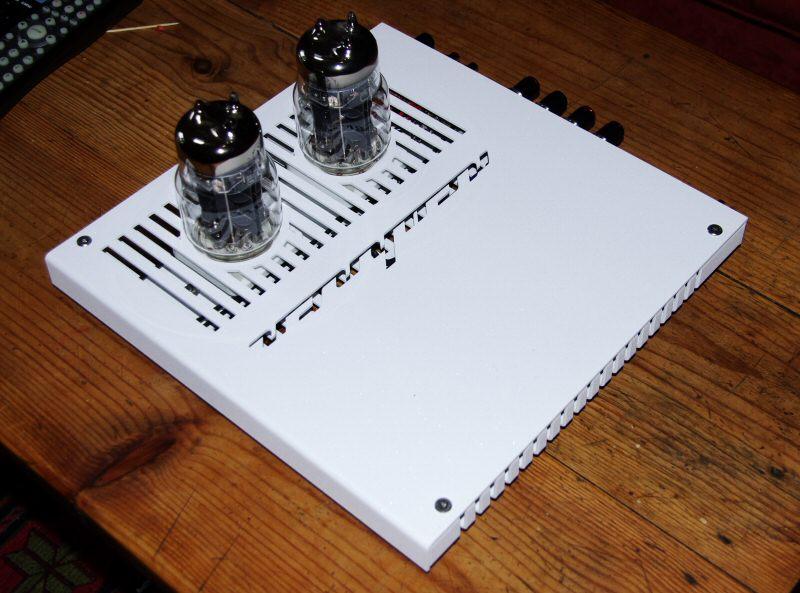 And you can pick it up easily in one hand – because this amp has no transformers at all... That's because the power supply consists of solid state power supply modules by Vicor. These are (supposedly) very sophisticated supplies – auto sensing of input and all sorts of other sexy things that make the old transistor based power supply redundant. 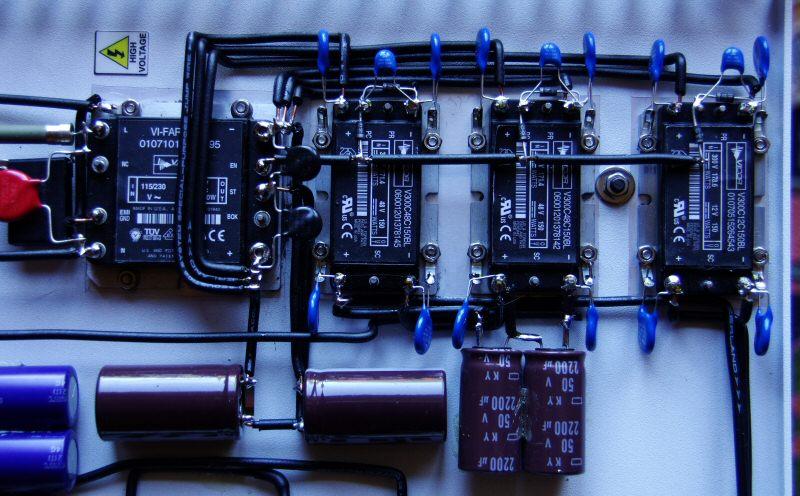 So we're left with a very slim, beautifully finished (in a sort of white crackle paint) box, liberally ventilated and with the Acuhorn logo cut directly through the sheet. I thought it looked brilliant – modern in the best sense. Jutting out of the top are two large valves – Russian 6C33C's. These are unusual, designed for use in very high-power radar (from MIG 25's); so robust and with the ability to produce huge current for a dual triode valve. Add low impedance and a build that looks like it belongs in a tank rather than an aircraft and you can see the attraction of trying it in an OTL where the valve's life is inevitably hard. 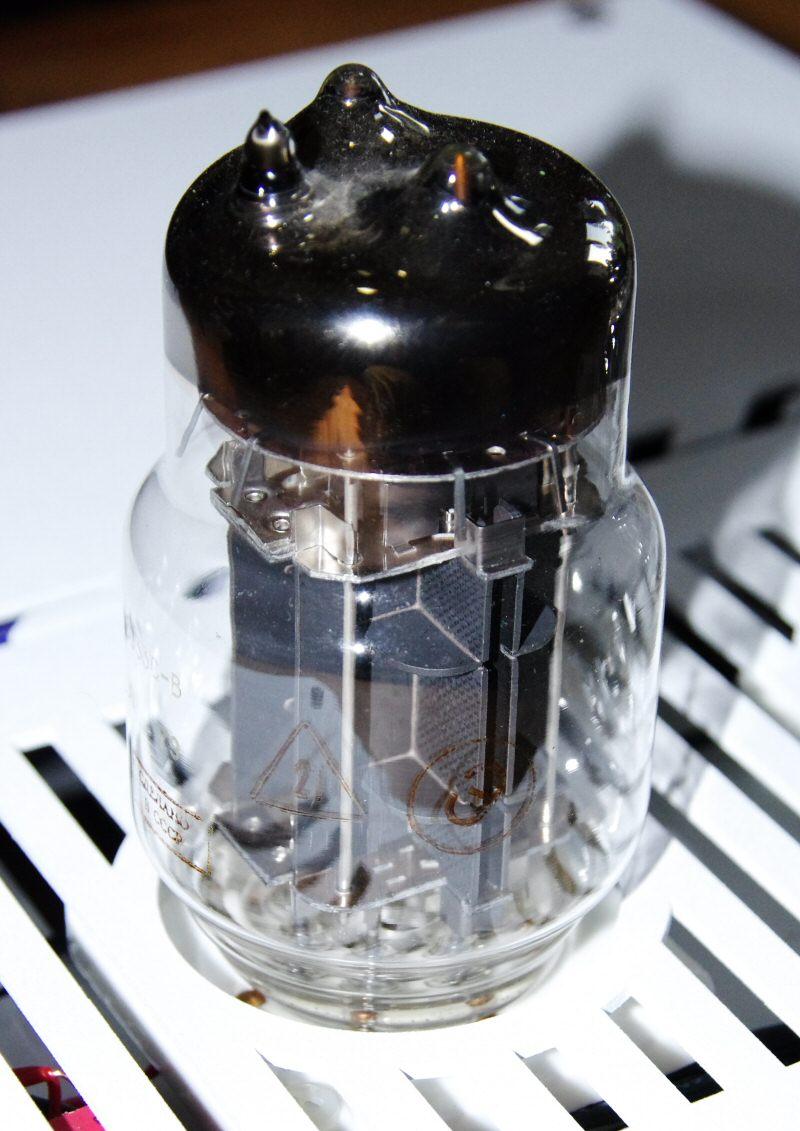 Inside the box the quality of layout and build is clearly evident – a small valve sits soldered in the input section and it looks like a Zobel Network is used on the outputs to ease impedance. 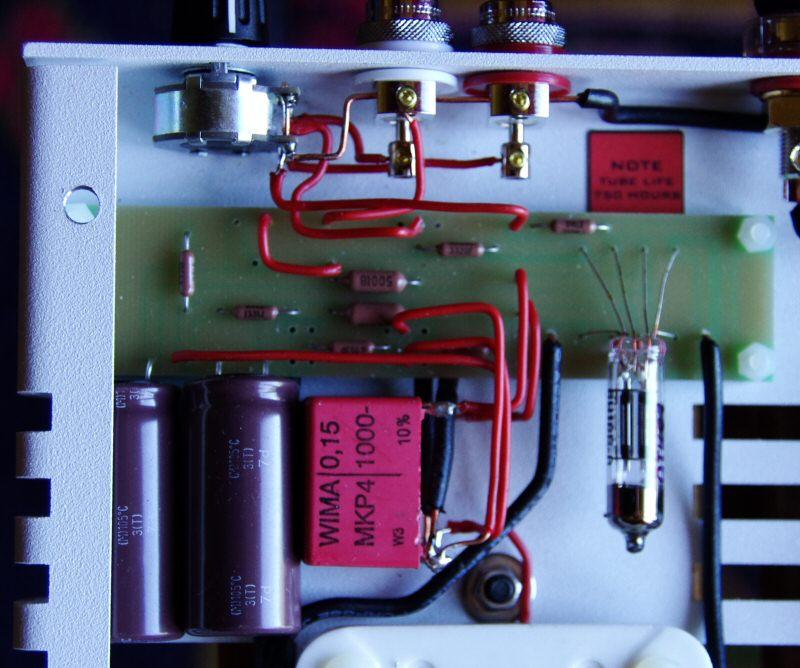 Round-the-back we have the speaker binding posts (beautiful quality), the phono inputs and unusually a volume control. Yes this could be used without a pre-amp.

It's all very high quality, attractive, contemporary and easy to live with. 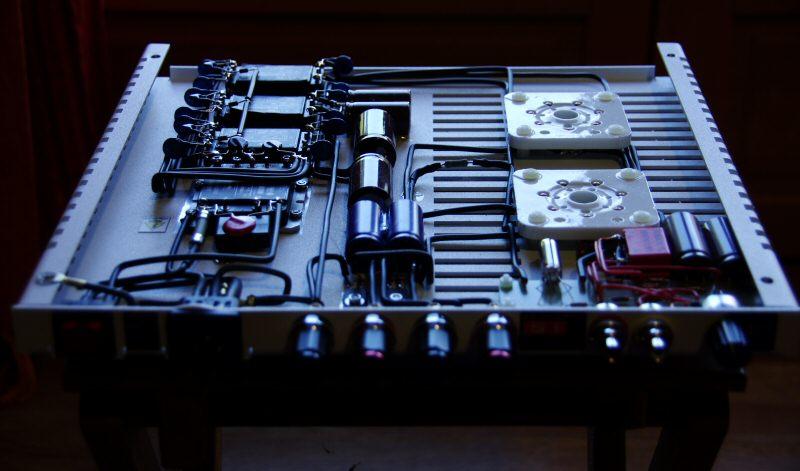 This is a small amp. With only 5 watts per channel and needing high impedance speakers it isn't going to be a power house. This didn't cause me any problems as the main amp in the review system is normally the Yamamato S-08s which at about 2 watts per channel coped exceedingly well with my Opera M15 horns so in theory the Acuhorn shouldn't break sweat.

Now I'll come clean here – the Yamamato is a simply stunning amp that ticks all the boxes I need in a hi-fi amp, but the downside of this is that I've become very used to its silky, open and dynamic performance – changing to any amp other than an SE of similar quality (like my Ayon Crossfire) has always felt an immediate downgrade. For that reason I very rarely listen to transistor amplifiers with any pleasure in the system – the difference is too great.

My point is that any amp that doesn't sound like the Yamamoto is at an immediate disadvantage because I am so comfortable with it. Not only that, I guess that even things like speaker positioning, cables and the like are all built around that little amp. It's a step beyond 'personal preference' into definite bias thoughout the system. 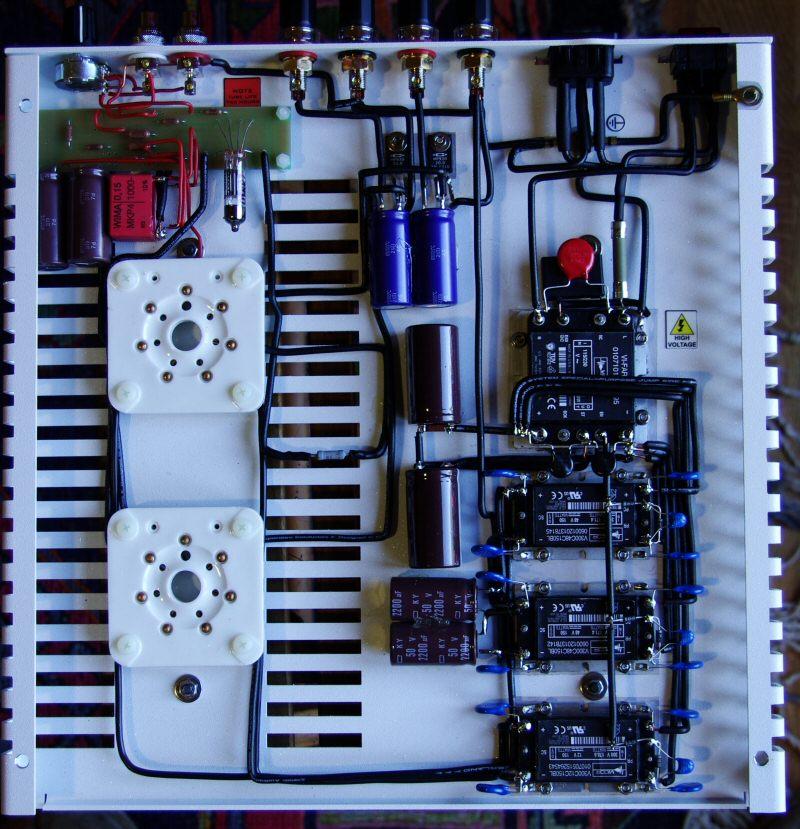 It takes a while to warm up (but not run dangerously hot) but once up-to-speed it shows a distinct set of attributes. Compared to the SE amps my first reaction was that it was a bit 'grey', as if some harmonics were missing. It was as if some of the life had gone from the music as it all became very controlled. A friend who does know about these things said “that'll be because it's using shed-loads of negative feedback”. I'm not qualified to comment, but there was that feeling of restraint and lack of colour. Dynamics too seemed a little sat-on.

This is the same sort of thing you'd hear when swapping to a good transistor amp, or even a PP valve amp. On the other hand what the Acuhorn did do was show fine detail and extension both in the upper and lower registers. Bass lacked a little bite of the leading edge but not so much as to be irritating and as my ears began to habituate to the new sound I came to appreciate what the little amp was doing well. Soundstaging was excellent left-to-right – there was a slight lack of the ambience (artifice?) that helps build the 3rd dimension, but it didn't detract from the music, and cutting to the heart of the music was something the amp excelled at. What I did like about it was the speed especially in the midband combined with a lovely sense of timing.

In fact what I came away with was the impression that here was an amp for people who find valves coloured or just too manipulative and who normally would listen to a transistor amp out of preference. In this context it shone, with a grainless performance that would shame most transistor power-houses.

First the positives. The amp was reliable and didn't overheat or display any nastiness – it just got plugged in and worked from the box. Given that the reputation of some OTL's in the past,includes popping valves and instability this was reassuring, though not something that surprised me given Acuhorn's professionalism. It's also easy to live with, can be run without a pre, and with valves costing 25 Euro it's about the cheapest valve amp you'll find to feed (The Ayon's valves are 500 Euro just to give a comparison!).

Against more expensive SE valve amps it lacked the colour and emotion I look for in an amp, but to be fair that applies to most other amps you'd care to name – but it does share the power and compatibility issues of the Yamamato so appropriate speakers; efficient and an easy load are essential.

In the end I came to respect rather than love the Acuhorn, much as I did with the Acuhorn 125 speaker; though it's not quite my personal cup-of-tea I can appreciate what it does. I've always admired manufacturers who can 'voice' different products to give a family sound and I have no doubt that anyone currently running Acuhorn speakers would find the OTL a perfect match. Like the speakers it is at its best at moderate volume, reproducing music that doesn't demand the last word in dynamics but which needs something that simply doesn't get in the way – more 'Water Music' than '1812', more 'Tracy Chapman' than 'Nirvana' – if that sounds like your listening habit then the Acuhorn S1 should be right up your street. For those needing more power Acuhorn offer both higher-powered and monoblock versions using the same technology and valves.

Lastly I'd like to congratulate Acuhorn in doing something original and making such a professional looking product. Hi-Fi needs innovators like this if the next generation is to be lured away from their MP3 players...