Head to head against the Django 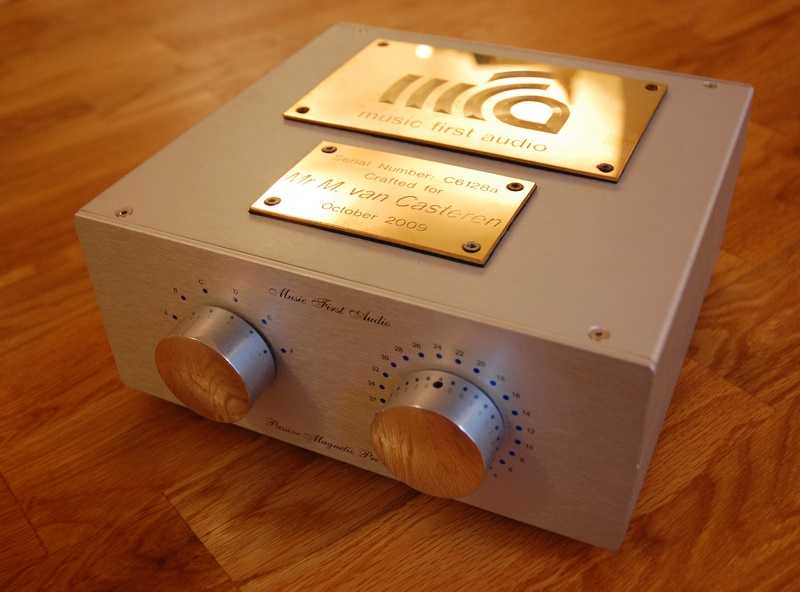 I've had my Django transformer preamp for a few years now, and I've always been very happy with it. I'm a strong believer in passive preamps and I've found that the Django elegantly combines the advantages of both active and passive preamps. Most preamps are active, with a transistor or valve amplification stage driving the power amp. But, since CD players have plenty of signal and vinyl enthusiasts normally use a separate phono stage anyway, the amplification stage isn't really necessary anymore. Just an input selection switch and a volume control will do. Except, sadly, that this can spoil the match between the source and the power amp, as sources like to see a nice high impedance and amps like to be driven from a low impedance source. Putting resistors in between the two basically messes that up. In many cases it will still work very well, I have to say, but it will also often go wrong. The result can be a loss of higher frequencies or less control in the bass.

This doesn't happen with a transformer preamp. Here the signal from the source isn't attenuated by feeding it through resistors, but by transforming it down. Volume control is done by selecting one of multiple secondary windings of the transformer. This way you still get all the advantages of a passive preamp: no mains interference, no noise, low distortion and high reliability. But you do not get the usual disadvantage, as a transformer actually improves the impedance match between your source and amp, as long as it is transforming the signal down, and that will almost always be the case. If your system requires a preamp with gain then the passive option is simply impossible, however implemented. But this is rare. I've used my Django with many sources and power amps and it always worked brilliantly.

Music First now produce 3 types of transformers: the original TX102, the TX102mk4 used in the "reference" models and a transformer that sits in between those two, the TX102mk2. The mk4 model has a 25% bigger core and more complicated windings with 46 volume levels. The TX102 and TX102mk2 both have 24 volume levels and the only real difference is that the mk2 has the 25% bigger core. Normally the mk2 is used in the MK2 model preamp, which also has remote control. But the MK2 preamp is quite expensive and somewhat out of my range, so I asked if I could try a Classic preamp with the bigger cores, and this was no problem at all. Any older Classic model can be upgraded with these TX102mk2 transformers. In addition, the review sample also had the optional brass plates which dampen the casework.

I had two pleasant surprises when the amp arrived. First, it is very compact and looks quite dinky. And secondly, it did have my name on it! One of the top brass plates actually is engraved with the name of the customer. Quite unusual, but then it is difficult not to like an amp when it has your name on it! Functionally it is very much like the Django. It has more inputs, with a total of 4 RCA and 2 XLR inputs, while the Django only has 3 RCA and a single XLR input. Both amps have two pairs of output: RCA and XLR. Both also have a +6db switch, enabling the output to be 6db louder than the input. Although this sounds flexible, it is perhaps not recommended using the amp like this, as producing gain will ruin the impedance matching capabilities of the transformers. The only other feature that is different is that the Django will allow you to lift the ground between source and power amp just like the MF, but it also has a setting where there's a 1 kOhm resistor inserted. For the rest the only big differences between the two are the transformers used and the switches. The Django uses Japanese Seiden switches, while the MF uses Swiss Elma ones. My Django is also wired with silver wire and silver plated RCA connectors. TNT-Audio published, in 2007, a comparison review of the MF copper and silver models. 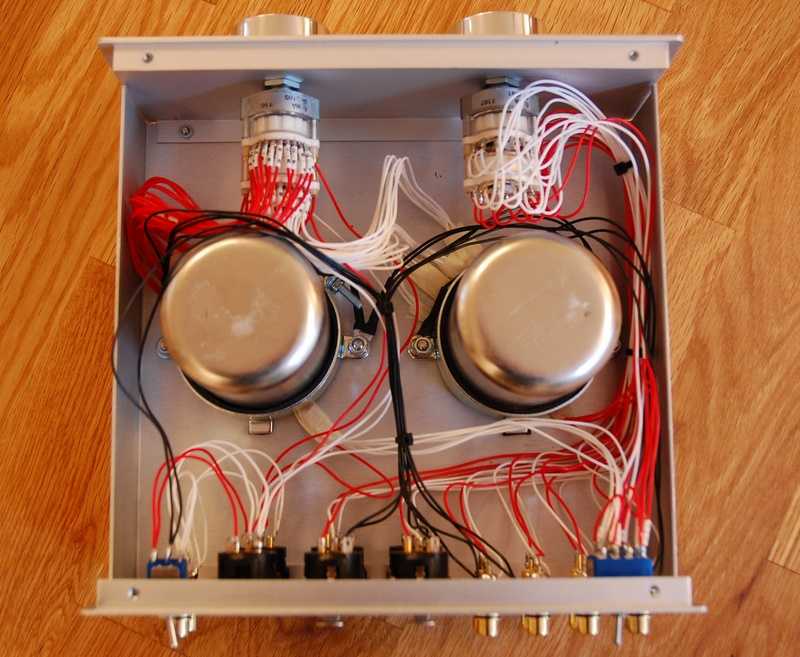 In use the two units are very much alike. The Django is much bigger, and has a more pleasant feel about it. The switches work very, very smoothly and the large, stainless steel knobs give it a luxurious feel. Compared to that the MF feels a little bit clunky, but solid and reliable nevertheless. The MF is extremely practical, with its tiny footprint. You can easily accommodate two on a standard shelf. Many phono stages, for example, will fit next to it on the same shelf without problems. I have to admit that I like that very much. On the inside the MF looks tidy and well made. The top panel is heavily dampened, with the brass plates on the outside and also a thick metal plate on the inside, all with some bitumous damping material sandwiched in between. This makes the top very quiet. Strangely, this cannot be said of the bottom panel, which still resonates, and this is the one that the transformers are mounted on! The bottom does sit on some nice soft feet that look like they're made out of sorbothane, or something like it. Overall, fit and finish are fine, if somewhat utilitarian, and most certainly sturdy enough.

Music First claim that the bigger cores will give you 'improved level handling and better low frequency response and extension'. That makes sense I suppose. Still, I was very curious how much this would really improve things, given that the Django already is very, very good. To my ears it doesn't really do much else than attenuate the signal, which doesn't leave an awful lot of room for improvement. On the other hand, if the MF preamp could really sound even better than the Django it would be outstanding indeed. To be honest, I wasn't sure what to expect.

To begin with, I can simply refer to my review of the Django, because everything that applies to the Django also applies to the Music First. No surprise there, obviously, but still worth noting as it means that this preamp is truly superb, just like the Django. Active preamps of the same price will have a hard time to match the transparency and sheer naturalness of this preamp. It simply feels like there's very little between you and the music, probably because there actually is nothing more than a transformer and two switches. In comparison, most active preamps sound either processed and artificial or dull and muffled. It also saves you obsessing about mains quality and cord, as it doesn't need one.

As for differences in the sound between the Django and the Music First, that is where it gets more subtle. Initially I thought they sounded basically identical, but after some in-depth comparisons I did notice small differences after all. Obviously the other components in the system will also determine which differences will be more or less salient, with the power amp having a particularly strong effect.

The thing that I first noticed is that the Music First handles transients slightly better than the Django. The leading edge of percussion and instruments like piano sounds more crisp and clear because of this. Cymbals also sound fresher and more natural. The Django still has a slight tendency to smear the attack of a note, lowering its impact and also masking the further development and decay of notes a tiny bit. This also has the consequence that the Django can sound ever so slightly stressed and blurred in complex bits, where the MF stays unflappable and precise. In general the MF is the more articulated preamp. Instruments and voices are better separated in complex passages and there's a general feeling of marginally improved resolution, specifically in the midband. In a direct comparison with the Django it sometimes seemed as if the Music First was playing at a fractionally lower volume, in spite of both units being set to the same attenuation. After some more concentrated listening this could be attributed to the Music First sounding a little bit cleaner. When the volume and complexity of the music increases the Django still shows a hint of stress that the Music First lacks. As a result the MF sounds more relaxed, but also more open and precise at the same time. On first audition macro dynamics might be less impressive because of this more laid back personality, but you soon discover that the MF is more honest and micro dynamics have actually improved.

The next thing to notice is the improvement in the bass. This is slightly deeper and better controlled. You do need an amp and speakers that are able to bring this out, obviously, but my Usher R1.5 power amp driving my Dynaudio Contour 1.8mk2 speakers certainly made this hard to miss. The MF's bass is better integrated with the midrange, and a bit quicker as well. The overall impression is of a slightly fuller sound with a bit more drive to it.

None of these differences are enormous, I have to say, but together they do add up to a significant improvement in the ability to communicate music and ambiance. How all of this would compare to the original Music First Classic preamp with the standard TX102 transformers I can only infer. I assume that it would sound about the same as the Django, as it contains the same transformers. The difference in performance cannot be very big. On top of that the improvements brought about by the version under review are consistent with what one would expect from transformers with bigger cores. I would therefore expect the same difference to apply to both MF Classic preamps. If you own a TX102 based Classic you can have it upgraded for about ï¿½500. Would that make sense, given the extra performance? I'm not sure. If you really love your MF Classic, but still would like a bit of an upgrade it could be money well spend, I suppose. I guess it also depends on the rest of your system. If ï¿½500 can still get you big improvements elsewhere you might want to wait for a while, but if the dinky Classic is the most affordable component in your system, as it could well be given its excellent value, I would say go for it. 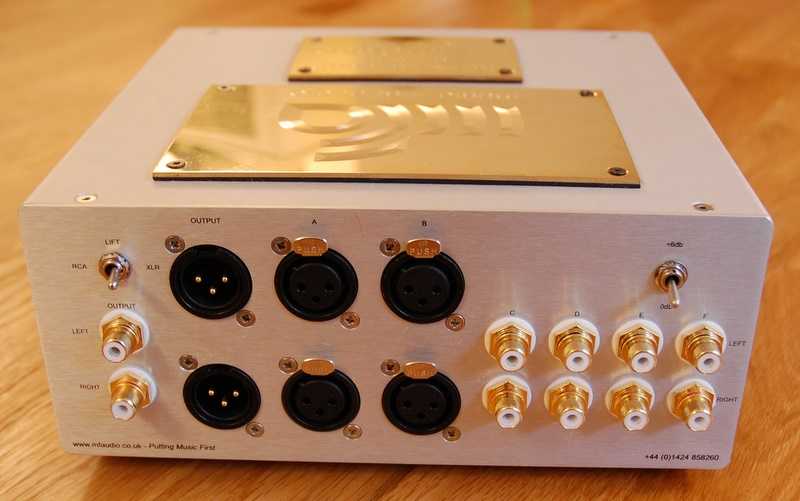 The Django still is a great preamp and remains strongly recommended, but the Music First Classic is even better. The bigger cores in the transformers make a difference and do improve the transient handling, bass, resolution and precision of this preamp, if only by a small margin. Individually these improvements might be small, but together these add up to a real difference. It is not cheap, but still good value and should beat most active preamp of the same price or more. The only problem is that good transformer preamps can now be had for a much lower price than this, but I doubt if any will sound this good, or will have the same build quality. The Django comes close, though, and costs about half the price. That makes it even better value, but at this price level it isn't a big surprise that the law of diminishing returns is setting in. If you insist on remote control you'll have to pay even more for the MK2 model, but if you can do without such a luxury the Music First Classic still represents one of the better deals in high end audio. Recommended.