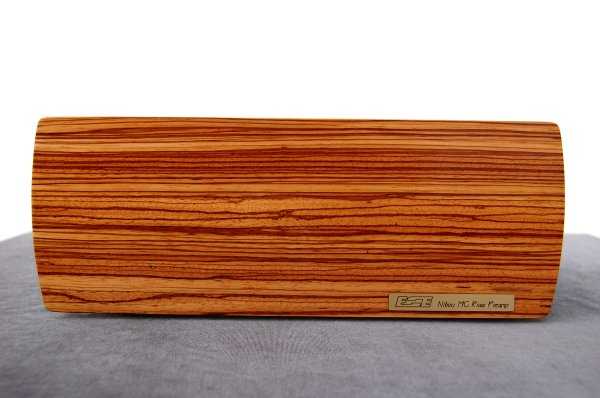 A few years back a rather heavy box arrived here containing a unusual Phono stage from Slovenia. Unusual because it was battery powered, current amplifying and absolutely devoid of the adjustability we take for granted in any phono stage over 400 Euro. Well built and attractive in a conservative way it changed what I expected a phono stage to be able to do. The review is here and inevitably I bought the stage and it has remained here as my absolute reference (and my pleasure) ever since. Though other stages have passed through my hands it's yet to be bettered and it's synergy with my Dynavector cartridges is something I'd be very reluctant to lose.

Which is of course where it all goes wrong... I'm in the habit of leaving my hi-fi on all the time, and what with that and very high usage the inevitable happened and after 5 years (I really can't believe it was that long ago!) the stage started to show signs of distress as the battery began to fail.

So I got in touch with Rudi at ESE and asked about costs/advice re battery replacement.

His reply surprised me

“How about upgrading your Nibiru to the last version 3.0 and doing a review of "5th anniversary Nibiru"? The 3.0 is NOT a battery unit but has a "Virtual battery power supply", a circuit that is even lower noise compared to batteries and has no drawbacks the batteries have. “

Now this gets difficult. Contrary to what people might think, I hate messing about with my Hi-Fi when it is on song – I actually dislike taking components out for review for example – I'm a music lover first of all. But this is worse – sending off my beloved stage, which to a certain extent has been a building block of the system and thus critical to the balance is not something to be taken lightly... But thankfully there was a caveat at the end of the email...

“If you happen to dislike it, forget about the review and you have my word to restore it to a functioning former version.”

Well as I had to send the thing back anyway then that certainly lowered the risks, so I packed up the Nibiru and sent it off.

Of course I hadn't reckoned with the delivery service and though I'd packed and padded the box the stage arrived looking like it had been thrown out of a third story window – many thanks to Rudi for doing a restoration job on my baby.

So what is involved in the 3.0 upgrade? Again I'll hand you straight over to Rudi for a brief resume of the changes -

“The biggest change is powering the unit from mains discarding the batteries altogether. As strange as this can be the sonic outcome as well as failure rate or maintenance did improve greatly. To achieve this a top quality power supply was a must. The circuit used is lower noise than batteries and lower impedance, all this makes possible a sound outcome you are experiencing. The mentioned PS emulates batteries in a certain way so I call it "virtual battery PS" but on the other hand it has no "gray" sound flavor of the batteries. Other major circuit improvement is at the core of the audio circuit to our proprietary current domain hybrid blocks so distortion is lowered by tenfold and bandpass also widened greatly. The last major upgrade is to RIAA  circuit and its components. The caps are now pure Teflon, all parts are matched to tight tolerance and their L to R matching is under 0.2% in order to maintain L-R balance and consequently the sound stage as phase coherent as possible. In order to further improve sound in terms of transparency, micro dynamics and attack I made a compensation to RIAA circuit in order to follow the frequency response over 20kHz of the records better due to cutter head 50kHz low cut filters the RIAA standard is not considering. “ 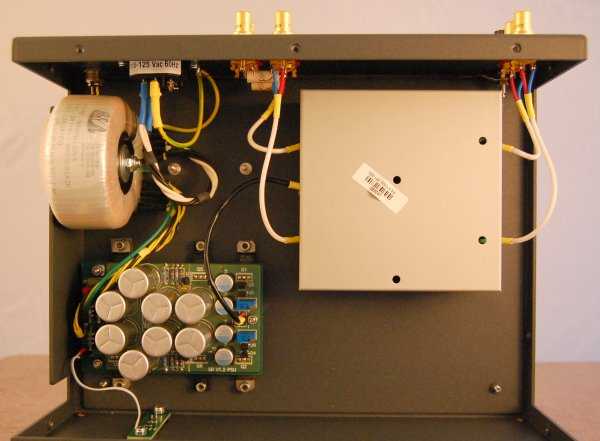 Well that all sounds fine to me, but long and sometimes bitter experience has taught me that there are many potential reasons for a manufacturer changing a product and the result is not always an improvement, so all the above means nothing if the sound isn't just so.

So it was with some trepidation that I plugged the Nibiru in. The first and negative comment is that it seemed a little more sensitive than the old model to hum and other extraneous noise. I live in an area with filthy electricity and it seems every item in the house chucks out RF just for fun. The old battery powered stage had largely escaped this but the 3.0 was audible and seemed more sensitive to cable runs etc. In the end I traced it to earths and after a LOT of messing about found that the problem was a simply appalling domestic earth. I finally ran a separate Earth to two foot earth spikes in the garden and this not only solved the earthing problem of the Nibiru, but lowered the noise floor of the whole system. So it's not a fault with the stage, just that it flagged up the problem in a rather more obvious way than when it was battery powered.

But even long before that was sorted there was no doubt that the Nibiru 3.0 was back with a vengeance.

Rudi had said that the new power supply removed some of the 'greyness' of the battery supply. This is madness in that the last adjective that springs to mind with the old version is 'grey' and yet I can see what he means – the 3.0 does have more 'colour' in fact it's more 'technicolour' than the original. This I think is due to what seems to be a better dynamic performance, one where the music seems to take on a slight extra dimension (if you know what I mean) as the music comes out from a distinctly 'blacker' background. It's easy to say a component has a 'lower-noise-floor' but even when the Earth problem was still present I found the apparent noise floor to be lower – go figure. The band-width seemed better as well, although as my ears have a bandwidth now struggling much over 14 kHz that is nonsense, but it does describe the sort of thing I'm hearing – almost everything having more space and around it.

This allowed extra insight into the twisted world of Tracey Chapman's 'Behind the wall', an epic acapella track where the the correct ambiance is so important, short and clipped as in a small room where so many producers would have faked a cathedral. The incredible effect of John Bonham's drums, recorded in a stairwell with the mic three floors up on 'When the Levee Breaks' is a tour de force that many systems miss completely – here you could almost see them.

But for all that, and as with the rest of my system, the sound is so very natural, really easy to listen to in the best sense. Sometimes I leave the crash bank wallop of much of my music and wallow in the subtle textures of something like Joni Michell's 'Blue' and the Nibiru really helped make it an 'eye's closed' event.

The end result is that the 3.0 seems to sound more open and exciting than the original, and with that the whole musical experience is increased. It's odd because the overall presentation is (thankfully) very like my old battery version and yet the improvement is not minor – it's really something you'd notice immediately rather than on extended listening. As always the Nibiru was totally lacking in grain, as sweet and smooth as you'd like and again it seemed to love the Dynavectors, especially the new DRT-1t which seemed a match made in heaven. Dynavector's old step-up was one of the very first current amplifying stages and so I guess this marriage shouldn't be a surprise.

In fact much to my surprise, not only was the 3.0 an improvement, but it was a big enough step forward to make me think that getting ESE to update your own battery Nibiru would be a worth-while exercise – especially when the battery needs changing...

This was not a planned review but rather one that was forced on me when my beloved phono stage failed. But to my huge relief the result has been purely positive – I feel a bit like the old DAZ advert (remember?) “Would you take back two of the Old DAZ for your packet of new improved DAZ?”) and no I wouldn't go back. It's predecessor was my favourite phono stage and to better it so easily seems extraordinary – in fact I do wonder what on earth the next step is for the Nibiru?