This as the first in a series of occasional articles where I explore areas of audio that hitherto have evaded me. Although all (inevitably) involve equipment borrowed from manufacturers, none are in any sense equipment tests. How could they be when the very point of the article is that I'm ignorant of the subject matter? That said, in each case I hope the result may encourage others to make their own experiments. 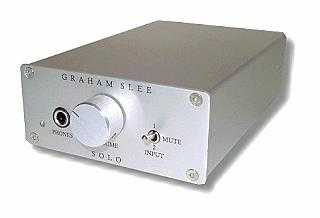 My introduction to headphones came in 1976. I was a spotty 16 year-old, just into the 6th form, and the 6th form common room had a stereo. "Big deal!" I hear you say, but my parents had no music system of any kind despite the fact that my father listened to classical music on the portable radio 8 hours a day. That stereo was a mix of borrowed and DIY stuff and sounded pretty dreadful I imagine, but as the first two-channel system I'd heard in my life it sounded pretty good to me. But having just been dumped by my girlfriend I didn't particularly want to be sociable and so retreated into a pair of headphones that were also to be found there. I put on a cassette of 'Yellow Brick Road' (the Elton John version, not the one with the munchkins...) and was just blown away - the opening bell in the intro was so big and there was all this space (now we call it ambience) around it - wow!

And that was about it. The rest of the 6th form weren't interested in some morose youth hogging the sounds, and with nothing at home to plug into, it was hardly worth buying headphones.

Time moves on and there appears a fly in the ointment in the form of my wife Kate (who I started dating in the 6th form!). The problem being that she a) liked music and b) wasn't at all happy at the idea of me shutting myself away when I could be talking to her. This situation is still current, so you can see that apart from that brief revelatory moment 30+ years ago I probably haven't worn "cans" for more than an hour in my entire life!

No, that isn't quite right, I have used various "ear bud" headphones in walkmans and now MP3 players, but as neither are exactly hi-fi I don't count them...

Which brings me up to date, I now have a pretty amazing hi-fi that I listen to for hours every day but which hasn't even a headphone socket to its name...

Enter Mr Graham Slee, a small manufacturer of some rather good phono stages, one of which graces my own "pretty amazing" hi-fi. He's a headphone user and has on his books a headphone amp called the Solo. Having told him my lack of any qualifications to review it, I then started to wonder about turning the clock back 30 years and picking up where I left off - and this article was born.

So a couple of weeks later a box arrives, not only with the Solo headphone amp, but with two pairs of headphones - both Sennheiser, their mid-market, best-seller HD 250's and their top-of-the-range 650's. And here let's be clear about this - without Mr Slee there wouldn't be an article*.

The Solo is a simple looking beast, a smart alloy box with a volume knob and a switch for selecting off or one of the two line inputs. These inputs can either come direct from a CD player or phono stage (so you don't need an amp at all), or from the tape out of your preamp. In my case the latter. There's a large off-board power supply providing the juice.

The headphones are even easier to set up, you plug 'em in and put them on your head...

I've a second system in the conservatory of the house, a place with singularly awful acoustics, but which contains my old Onkyo R1 CD player. This is a pretty good piece of kit and it has a variable-output headphone socket. Opening up the player showed that socket to be controlled by an Alps blue pot - now I wonder how many mid-market CD players made nowadays go to that sort of trouble. So I'm assuming, looking at the component quality, that this is an above average headphone socket, not only that it comes direct from the CD without a cable or pre-amp in sight. 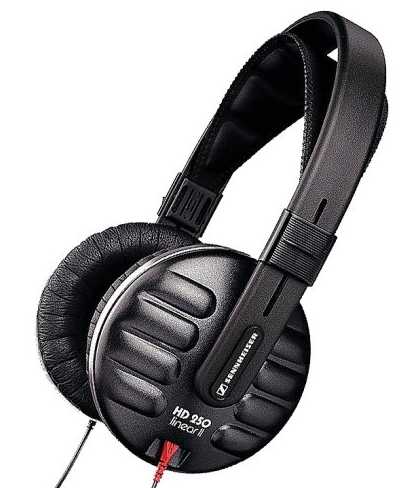 Plugging the 250's in took me back 30 years, and yes it was "Yellow Brick Road" that I listened to. The trouble was that whilst 30 years ago the best sound I'd ever heard was Top-of-the-Pops on my parents TV, by now I'd had 20 years of serious hi-fi behind me. So no revelation this time, but a very good presentation. Of course with no room modes, very light drivers right by your ears, and no outside noise to detract the detail was superb. The small ambient clues, the multi-tracked voices, echoes etc all jumped out at you. The sound was light and fast with punchy bass and a really seamless quality.

So now the big boys... Out came the 650's, all metal case and velvet ear pads, really classy. They sounded dreadful. The 250's had sounded light and airy and bubbly, here the 650's replaced this with an overly warm sound with a woolly uncontrolled bass - I was REALLY disappointed! In this set up, ignoring the fact that the 650 cost 4 times as much, you'd still need to be pretty impressed with the packaging to prefer the 650's over the 250's... 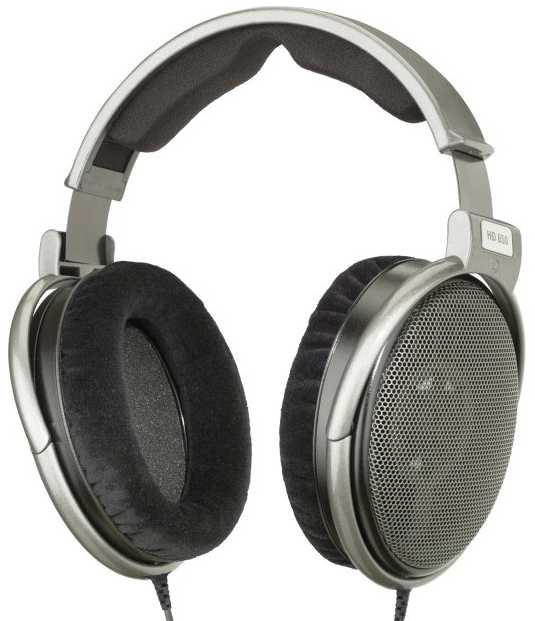 Chastened I moved over into the living room and plugged the 250's into the Solo which in turn was driven from my Audionote M3 pre - source the Opera Droplet CD player.

I sat down in my comfy chair and closed my eyes and really got down to serious listening. Compared to before the overall character was unchanged. Still that light, bubbly and detailed presentation. Was the sound better than with the naked Onkyo? Yes, the sound opened up in that way an increased dynamic range manages. The background was quieter, the highs higher, the lows lower, soundstage bigger - all relatively small changes but adding up to something pretty significant.

Now to the 650's. Not at all what I expected. Suddenly here was a full-range set of headphones, seamless from top to bottom with the most delightful easy presentation and bass to die for. Utterly, utterly transformed. They made the 250's sound like a toy town orchestra. Putting on YBR, but this time on (yellow) vinyl just sucked me in - the result an all enveloping soundscape of such depth and clarity that it really did take me back 30 years. And do you know what? The presentation was very close in almost every respect to my own Loth-x Polaris horns and Audionote Quest Silver amps. It's self-evident that as this system has been tuned to my personal taste, that any headphones that mimicked it would have a head start, in which case maybe I just got lucky? Either way, for the first time I could see myself using the 650's. Yes the 250's with both the old Onkyo and the Solo had been impressive, but the combination of the rather unnatural in-your-head imaging and forward balance would have had me taking them off after a couple of sides. The 650's I could have worn all day, not only that I could have then switched to my main system without the disorientating jolt a major tonal shift has. True the imaging is still unnatural, but here it was somehow less etched and forceful, you could forget the effect and lose yourself in the music. On the up side, once again, the lack of any room effects made the sound so detailed and clear, often exposing clumsy edits, too-quickly swung pots and he like. This could mean you end up picking holes in every performance, but as the music is still so coherent and... well, musical, the extra detail is most appreciated in being able to follow a top harmony in the background, or picking out obscure lyrics. Apart from the odd imaging the only other drawback is that the bass, though the 650s' go down to below 15 Hz (if you can hear that...) it's never of the visceral kind that a full-range speaker system like mine can give courtesy of a REL Stadium. You'd need a second pair of 650's stuffed down your pants for that...

So what have I been missing these last 30 years? If you'd given me the 250's, even with the Solo, I'd have said "not a lot". My own system is better in all but the finest of details and just smokes them in every other respect. The odd imaging and lightweight presentation just were too far from what I'm used to to keep me happy. My system gives ambience and detail in spades and the trade-offs in using the 250's just weren't worth it.

The 650's were something else. Firstly, and most importantly in the context of this article, they were a total waste of money through the CD player's output and I suspect (though only guess) the same to apply to most built-in headphone outputs. Save your money and just buy the 250's. What they demand is a decent headphone output and in my case that was obviously provided by the Solo. Here those pricey cans really flew - now I could see what the hype is about and as a review tool they are going to make life very difficult for source components... In a package that in total (headphone and Solo) probably cost 1/30th of my amps and speakers (£15000) they produced a similar level of musical enjoyment. That's pretty impressive, and obviously highly significant for anyone living in a flat, or who for any other reason have to keep the volume down - music needs to be loud to work... But what's also clear is that if you have decided to buy a Solo or similar headphone amp then I think buying the best headphones you can afford is a must.

Ultimately I still prefer to share/inflict my music on others, and still feel the soundscape of a full system nearer the live event, but I am now quite happy to sit and use headphones, especially when Kate says "down else off!" when I put some of my more extreme records on...

*Graham Slee also supplied a long headphone extension cable of his own manufacture. This was wonderful - for most of us our listening position/comfy chair is well away from the hi-fi and so a 1 or 2 m cord as supplied is worse than useless. Other cabling was Cusat50 again supplied by Graham Slee as I needed custom lengths, and once again this proved an extremely cost effective cable - even with the 650's I couldn't see any reason to spend more.