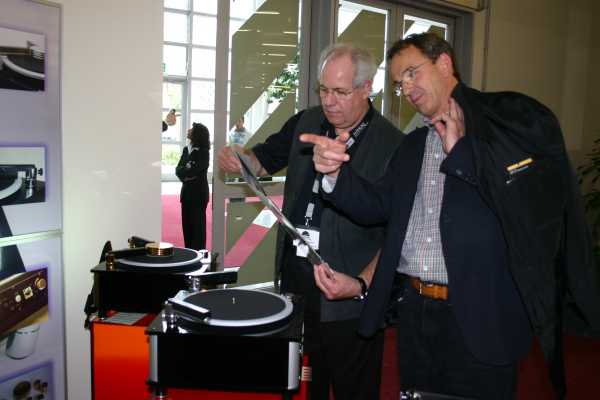 Guenter Hannl (left) builds record washing machine, pretty close to Nitty Gritty or VPI design, but they are nearly as quiet as the much more complicated models from Loricraft or Keith Monks. Prices start at 600 EUR, and he sold a lot during the show. At the right there is a Munich resident, and owner of that Thorens TD125, which had been heavily modified in my Thorens Tuning Guide. 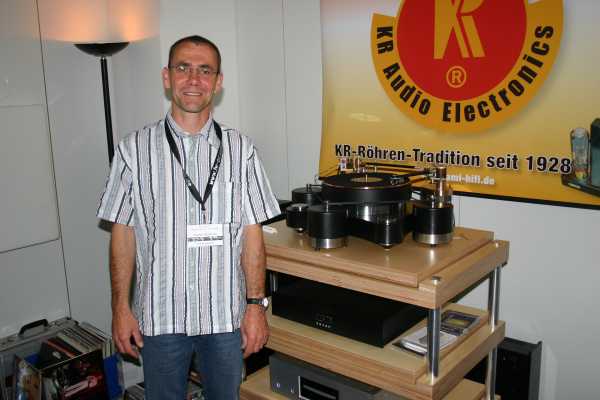 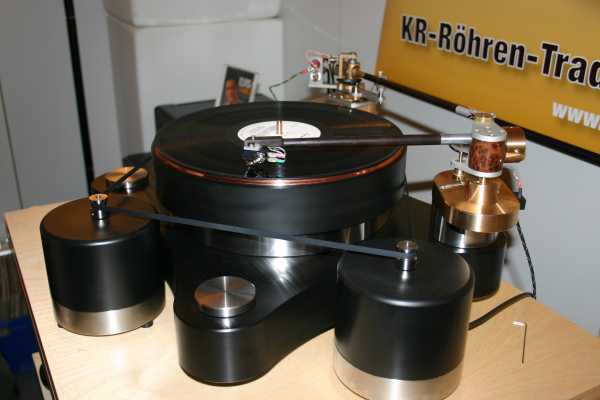 Thomas Woschnik of TW Akustik has made his name around the world for his Falcon and Raven turntables in the las two years. He is a real shooting star. Watch out.

You can see the TW Akustik Raven AC turntable with three motors and equipped with Da Vinci and Schroeder tonearms. 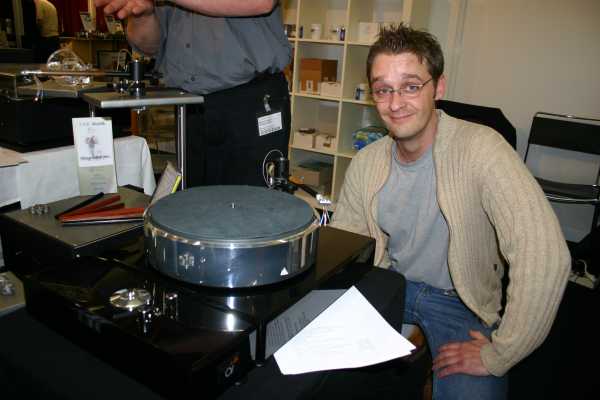 Michael Stolz of Musical Life is a real newcomer to the audio scene. He presents his own turntable and wooden tonearms. 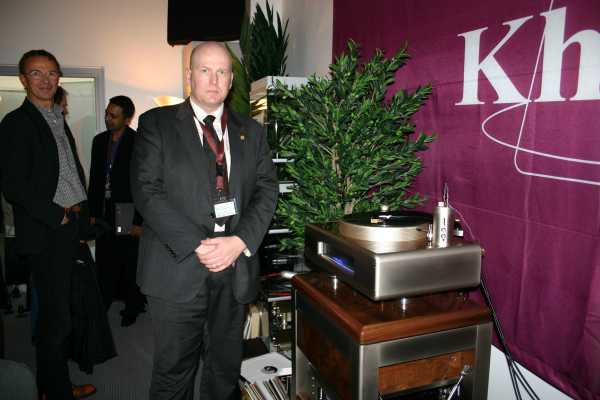 Mark Doehmann of Continuum Labs, chief designer of the now world famous Caliburn turntable, explained the details of his masterpiece to all visitors asking questions. This turntable was part of the second best sound at the show (see part 1). Mark spoke quite good German, as his wife and father are from Germany. 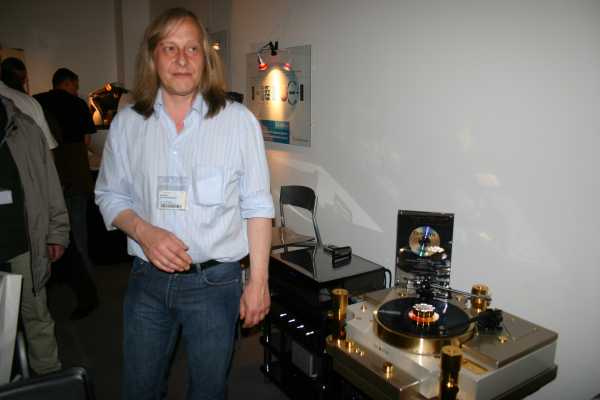 Rolf Kelch, who provides the service of all the vintage Thorens turntables, presented the Kelch Reference, loosely based on the Thorens Reference turntable. 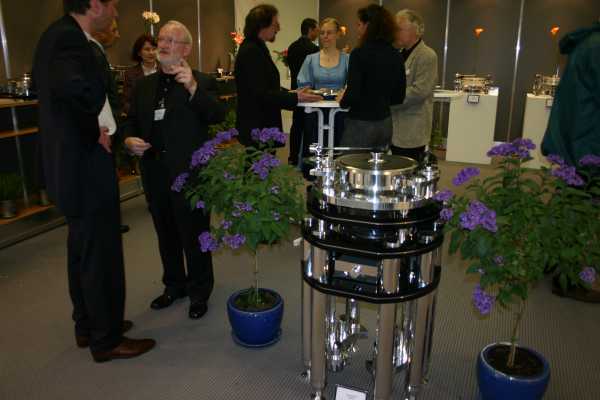 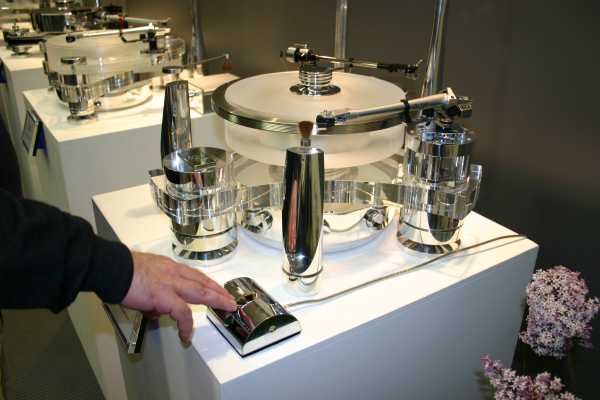