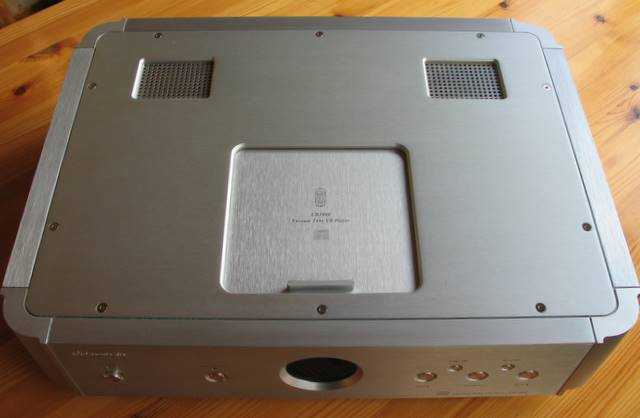 The Chinese brand Shanling has had quite a bit of success in the UK with its spectacular looking audio components, especially the CD players. Most of them use valves in one way or another and usually show them off proudly. All Shanling products seem extremely good value and usually get good reviews. I'm personally not that keen on the more extravagant looking players. I buy my hifi for the sound, not the looks, really. Luckily Shanling also make more traditionally looking CD players for old farts like me. Of those the CD3000 seemed an extremely interesting proposition. This player has all the credentials of a high-end CD player, but is relatively affordable. Time to investigate.

Let's start with the case work. Basically it is shouting "High-end" in all directions. It's a top-loader, very large and very heavy. All panels are thick aluminium except for, strangely, the bottom plate which is made of relatively thin steel. The feet are large and dampened and all buttons and connectors feel solid and over-engineered. On top of this it comes with the most impressive looking mains lead I have ever seen coming with a player. The only slight disappointment is the remote, which feels rather flimsy compared to the player itself.

There are balanced as well as single ended outputs. Actually I should say 'output stages' as both sets of outputs have their own complete set of output stages, with the single ended ones even equipped with a 6922 valve while the balanced outputs use opamps. Component quality is good to excellent throughout, with many Burr Brown chips. The clock is said to be of high precision and low jitter. There are separate potted transformers for the digital and analogue bits. There's even a balanced digital output. All in all, this player ticks almost all the high-end boxes and looks at least twice its price. 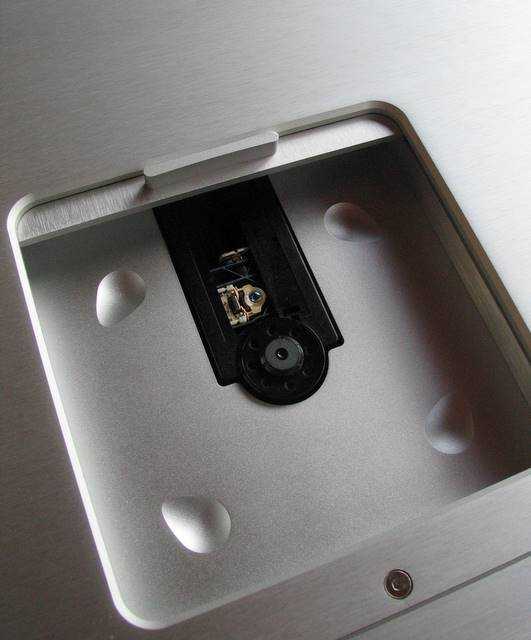 I do have to say that I'm not the biggest fan of top loaders, but the sliding cover on this one feels very smooth and solid and the magnetic puck for the CD is a very classy turned aluminium one. It does make for a quite tactile experience, reminding one of vinyl. It will demand the top place in your rack, of course, which is a serious problem if you're one of these people who actually use vinyl. It is also wider and deeper than most equipment and might not fit on all racks. 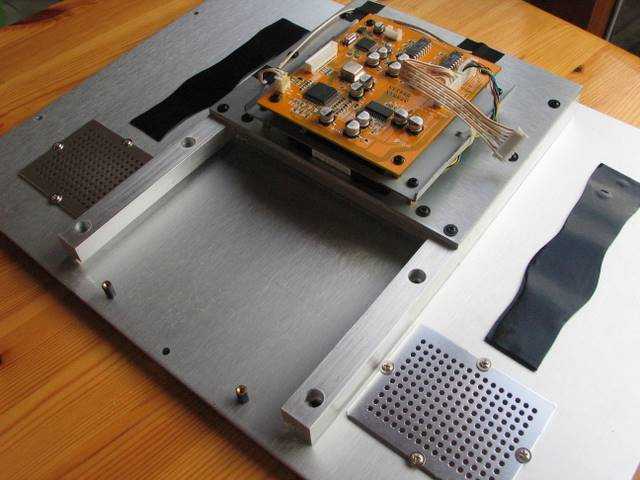 On the front are the usual buttons and one that will switch the player to 24 bit / 192 kHz upsampling mode. When this is pressed the music stops for a few seconds, some switches can be heard somewhere within the player and then the music plays again in the new mode. Not really something to do all the time, to be fair. It can also be done with the remote, by the way.

Frankly irritating is the fact that you can only press 'Play' after the disk has been read. Press it any sooner and it will have no effect at all. Why manufacturers of expensive CD players cannot solve simple issues like these nowadays is beyond me, to be honest. It means that, when changing a disk, on top of the already rather fiddly business of opening the slide, removing the puck, changing the disk, replacing the puck and finally closing the slide, you are then also forced to wait for a few second until the display indicates that the disk has been read before you're allowed to press 'Play'. With the display switched off you will just have to guess when you can proceed. For all that effort you're then rewarded with a quite audible click from somewhere inside the machine before the music starts. At the end of each disk it then insists on producing another click to round things off. Not exactly a joy to use, really. But, of course, who cares one bit about these things anyway? As long as the machine sounds good I'm happy. But does it?

This is where things start falling apart. Initially I was somewhat disappointed with the sound, as it was shouty and grainy, but I didn't think anything of it, as most players sound like that when new. So, I put it on repeat for a few days with the Isotek system enhancement CD and checked it again. Not much had changed. Again, I wasn't that surprised, as some players do need hundreds of hours to come on song. But with the CD3000, things sadly didn't improve, even after 300 hours of use it still didn't sound that good to me. I decided that further burning in was useless and started listening to it a bit more seriously. I didn't like what I was hearing. I informed the importer about this and he suspected that my unit was broken and sent me another one. I do have to admit that this player sounded a little bit better, especially after I had used it a few more days. All further listening was done with this player, obviously.

Now, auditioning the CD3000 is actually auditioning 4 players, since it can be used through its balanced or RCA output stages, as my Django preamp accepts both, and there's also the upsampling switch with two different settings. One of these combinations should work, or not? Sadly, no! No matter which setting or output I used, the character of the player remained more or less the same. Yes, the balanced outputs do sound a little tighter and more precise, and yes, with full upsampling enabled the sound is somewhat smoother, but these differences are small. In all cases the player still sounded somewhat flat and uninspiring. Only the best audiophile recordings sounded reasonable good, but lesser recordings were disappointing, to be honest.

I put it on sorbothane feet, tried out different mains leads and interconnects, but nothing made any difference whatsoever. It is not even the case that it conforms to all audiophile requirements. Yes, the bass is reasonably deep and the midrange isn't too bad, but the top end is actually a tad harsh. Cymbals hardly have any sustain on them. There's also very little depth or layering of the soundstage and even good recordings always sound somewhat flat. 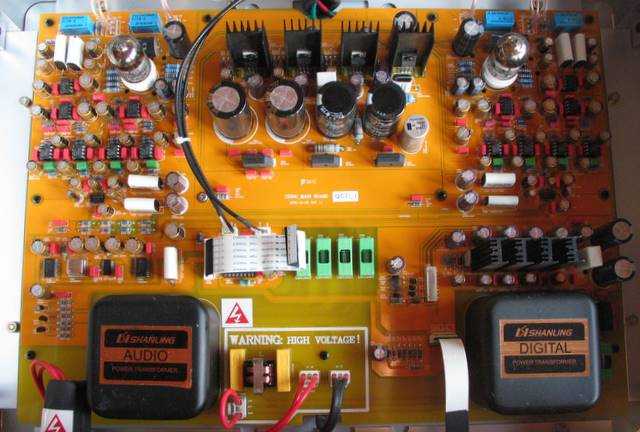 Perhaps I've been spoiled lately with some very smooth and musical CD players. I've discovered, to my own surprise, that CD doesn't have to sound 'digital' at all. The Naim CD5x / Flatcap 2x combination sounded great, without any of the usual shortcomings of the format. Of course, it is also twice the price of the Shanling, making it an unfair reference. I shouldn't blame the poor Shanling for not sounding as good as a two box Naim player!

But then, towards the end of the review period, the Astin Trew AT3500 player arrived. This is basically the same price as the Shanling, at £1150, so provided a very good and fair comparison. And it beats the Shanling in every respect, I have to say. Bass is tighter, more articulate and offers more texture. The midrange has more resolution and is slightly richer and the treble is cleaner and sweeter with actually a bit more detail too. The overall effect is that the Astin Trew sounds smoother, more musical and coherent, produces a better soundstage and has higher resolution. The CD3000 is exposed as slightly harsh at the top end and not very well controlled in the bass. Its overall character is actually a bit grey and mechanical. You would expect some warmth, smoothness and detail with a valve output stage and upsampling, but sadly the CD3000 didn't deliver. It does have some warmth, but you pay for that with some woolliness in the bass. Its mids have a certain smoothness, but you pay for that with low resolution. And the top end is reasonably detailed, but again it comes at a price, as the treble is also a bit hissy and sibilant. In the end this player is lacking physicality, presence, space and subtlety. 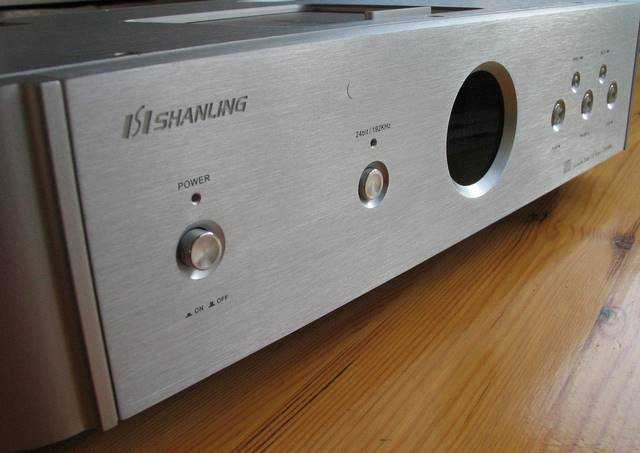 The Shanling CD3000 looks like a real high-end player, with all the associated features, and is lavishly build and finished. Sadly it is sonically disappointing. Specifically the treble is a bit harsh, the bass a bit woolly and overall resolution not very high. On top of that I found the player a bit annoying in use. I'd rather buy the Cambridge Audio 740c for less than half the money, or the Astin Trew AT3500 for a little bit more.