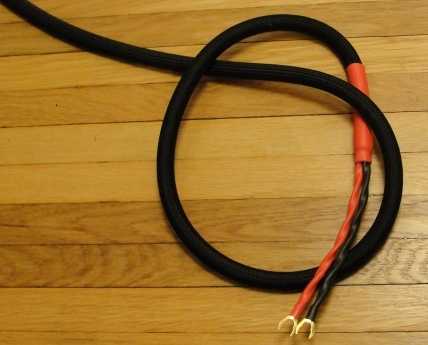 I have never reviewed cables. And that is not because I claim to have knowledge that cables make no significant difference, or that the world of audio cables is steeped in snake oil. Actually, my position on the topic is that I have no opinion whether cables make a significant difference or not - and with good reason, I have never explored this for myself. But, in all candor, I have always suspected that at best they would only make a slight difference and thus have never been really interested in reviewing them.

Enter Steve Hallick, an affable and persistent manufacturer of cables, and owner of My Audio Cables (MAC). The combination of those two traits proved enough to wear down my indifference, and a few weeks later I found myself with a pair of his CuQ cables on hand.

A bit about the Steve Hallick. Music and performance have been a big part of his life, he was a Hammond B3 organist for many a year. It was at this time that he began to make cables for his and other bands, and the endless iterations of experimenting with materials and geometries began. He started MAC in 2003 with the stated goal of making high-end available for a low price.

Steve is very clear about disclosing that he is not an engineer, his design process heavily relies on testing various materials and geometries. Once the contending designs have been narrowed to a shortlist, he send samples out to a test group of about 20 people. His own testing is done on three different systems with the following gear;

The design of the CuQ features high stranded, 8 AWG copper cabling. Isolation is a key design feature - using cotton and air, however the individual strands are not insulated in any way. Terminations on the review sample were spade lugs, sourced from Vampire and sodered with an eutectic compound - I wonder if that sounds fancier than it actually is. I would also have to add, that fit and finish are of excellent quality.

Steve is particularly proud of his quality record - he has had only one return since 2003. And the stated reason by the customer was that "they were too good for his system". What a bunch of nutjobs this hobby seems to attract! MAC cables also are the OEM supplier for Hawthorne Audio, Decware and SMc audio [Steve McCormack's current venture] which uses the MAC powercord for their new $15,000 USD preamp, the VRE-1.

Listening tests were done by direct comparison to a generic pair of 12AWG speaker cord from the hardware store, that cost about $1 per pair foot. One speaker was fed the MAC and the other speaker was fed the generic cord. A short segment of music was repeatedly played over each speaker, which were fed by the same mono signal. Here are the results;

"Raga Bageshree" (Ustad Shahid Parvez; Live in Toronto; Sitar school of Toronto)
The MAC had a more alive sound and better seperation of notes, but also revealed less detail. The generic cord had a slightly fuller sound in lower frequencies.

"Flamenco sketches" (Miles Davis; Kind of Blue; Columbia; CS 64935 - SACD)
The MAC had better extension and decay of the double bass. Resolution and decay of piano notes was also better. Tape hiss seemed a bit higher in frequency and more prominent with the generic cable.

"Yesterdays" (Dave Brubeck; Nightshift; Telarc; CD-83351)
The MAC cables had better seperation and space between individual units of sound, the decay on each note could be heard better seperated from the other notes and so could their respective reflections.

Overall, the MAC cables were predominantly better than the generic cables, but the generic cables did seem to also perform better in a few instances. But, what is really inportant to understand is that the actual magnitude of the differences between the cables were miniscule, it took dozens of trials to pick apart the differences reported above. I know this view is not consistent with those of many other writers, who claim to hear enormous differences between cables - let's just say I have always been skeptical of those claims, and now I am even more incredulous.

So, we have here a cable that costs about 15-25 times that of generic product, and does quite consistently perform better, albeit at a scale of difference that is quite small. Also, the fit and finish is exemplary and the terminations seem considerably better that anything most of us could do at home. Is it worth the upgrade - well, that is between you and your wallet.