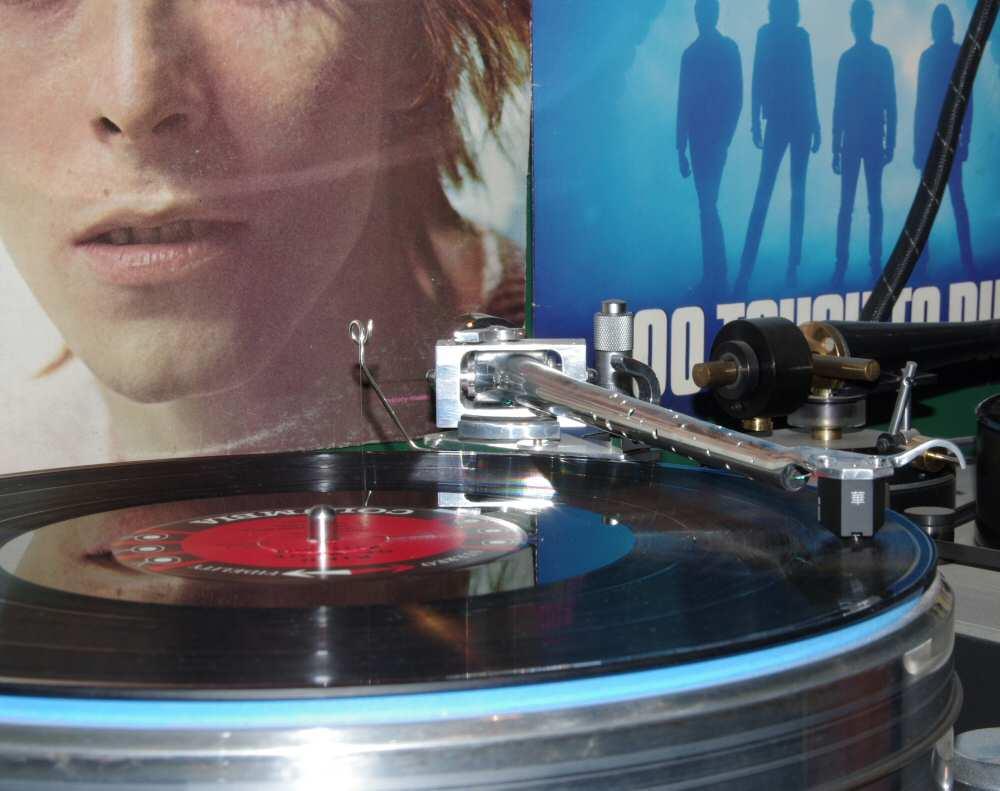 Revisiting a component that has been updated is often a thankless task. In many cases the 'update' isn't so much a design improvement, but something forced onto a manufacturer. The worse such case was the banning of Lead in solder (ROHS) – something which passed almost unnoticed but which caused many sleepless nights for hi-fi manufacturers and in some cases made a noticeably poorer product. Likewise speaker manufacturers make changes when drivers become unavailable, op-amps go out of production, CD drives disappear etc and all these forced changes are hidden in a 'new improved model' spin... I often find myself preferring the 'old' over the 'new'...

And this could apply to this review – the Audiomods arm that I reviewed was one of the most outstanding components I've reviewed in the past 17 or so years (made it as one of only 5 components in my all-time 'Hall of Fame') as an affordable arm with both high-end performance and appearance. The design's fundamental building block was the Rega RB-250 armtube though you'd need to be sharp eyed to spot it. Since then Rega have altered the casting of the original arm and so that in itself will inevitably affect the performance. The good news is that as Rega are in total control of the armtube it's hardly likely that they will have produced an inferior design.

The arm that so impressed me 4 years ago is updated with the new armtube and other detail improvements and remains available as the 'Classic' - an incredible bargain and with a drop in price to under £500. But Jeff Spall has taken the design and pushed the modification process several steps further to produce the Series Five. As I have every confidence that the 'Classic' is at least as good as the original it seemed far more logical to look at the new flagship...

Much of this review would repeat what I already said in the original 'Classic' review and so rather than do that please just go and read that piece here...

Well I'm pleased to say that Mr Spall hasn't lost his touch and the fit and finish is as good as before – i.e. exemplary. The test arm is in the same high-polish finish as the Classic, but this is now only to special order, the standard finish is now mat-bead-blasted-silver which in theory does affect the sound and resists fingerprints. In this case I chose the model with micrometer adjustment mainly to see how it was implemented as I'm personally not one for faffing about with VTA for every record...

The changes to the new arm are considerable. In the Classic the horizontal bearing carrier was open at the top – now a substantial alloy bridge joins the sides to support the bearing. The vertical bearing shaft is also substantial and goes right up into the horizontal bearing housing. The counterweight comes ready to disassemble with various shims and weights to exactly match cartridge to arm – it's a bit of a fiddle but a tweaker's delight and headshell shims are supplied for the same reason – total control over Effective Mass... The arm-rest is now an all alloy affair, a cosmetic change, so even more than before the Rega origins are almost impossible to discern. 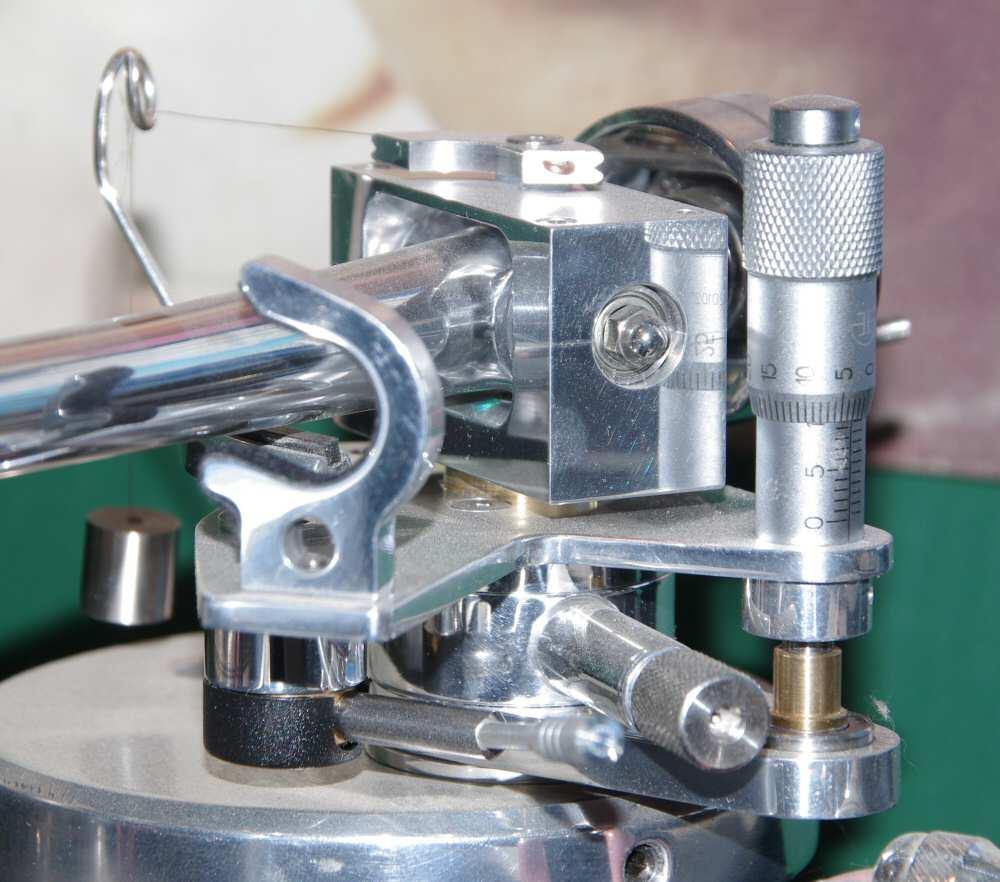 The review arm also had the option of continuous silver wire and micrometer adjustment which brought the total cost to £795. The micrometer appears to be cleverly made from a standard micrometer mechanism machined down and connected to the arm base. It obviously pushes down on the base as it turns and this smoothly lifts the arm and the exact measurement can be read off. But moving it down involves some slack before the arm is pulled down so accurate measurements can only be done by going 'up'. The most important part of the whole thing (for me) is that the micrometer works without compromising the integrity of the arm base. The standard clamp (loosened by a thumbscrew) is still there to hold the arm in place. Many VTA mechanisms (Triplanar, VPI etc) have the arm pillar threaded in some way to allow the up and down movement and that inevitably compromises rigidity and adds a lot of threads in the component actually supporting the arm. I'm sure some will say this doesn't matter – personally I cannot see how it would be anything but detrimental.

In use it is exactly as the 'Classic' arm – easy to use, utterly conventional except for a slightly complex but effective anti-skate mechanism and with the nice touch of a small machined dip in the centre of the top of the bearing housing to denote the pivot point for one-point protractors like the Feickart.

I've lived with the 'Classic' now for four years – I bought the review arm and I have to say it's been marvellous all that time. This means that I am intimately aware of its capabilities, and my view today is much as it was in the original review.

Replacing the Classic with the Series Five was obviously very easy. It looked even sexier than the Classic on my Acoustic Solid turntable and within an hour I had everything set-up and running. To kick off with I used the Dynavector 17D3 cartridge – simply because I'd been using it on the Classic for a year.

First off was a sense of some relief because the arm instantly sounded very much like the Classic, with all the energy, detail and speed still there. And the first disc I tried (Ziggy Stardust) sounded too close to the Classic to call. After a while I began to feel that it was doing something more in the bass but I wasn't convinced. This is a pretty 'lightweight' recording and not of the very highest standard so not ideal for reviewing, but it can get edgy with some arms and cartridges and I'm pleased to say it sounded just edgy enough;-)

To explore more I put Level 42's 'World Machine' confirmed what had been hinted at, that the Series 5 was going that bit deeper and was more clearly defined in the bass and as tuneful as ever. The treble, mid-range etc sounded much the same.

So the first and perhaps most important conclusion was that here was very much the family sound intact – with no weaknesses and some major strengths, most noticeably the almost Artemiz level of speed. But the Series Five was adding something in the bass area.

Now on went my Sony copy of 'A Kind of Blue' on 180 grm vinyl which has been corrected to run at true speed. I'm not sure that I don't prefer the 'incorrect' version, but even so this is a fine pressing from a golden-age of recording. Ignore the tape hiss (never obtrusive) and you have something that shames most modern recordings even to the extent of preserving the odd mistake to give a great live feel. 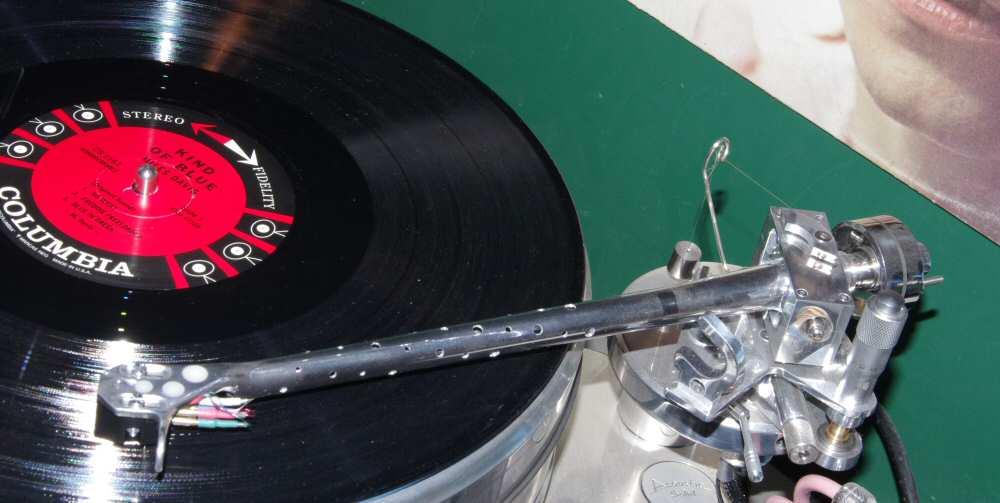 With this the bass definition was again superior, but now with a recording of this quality the sound took on a darker quality. The difference was almost the same as when I switch off my REL Stentor Subwoofer. The bass doesn't change to any great extent, but there is a slight diminishing of the soundstage, a loss of something in the air around the musicians and in the listening room. Now with the REL this can obviously only be a change in the bass I am convinced that something similar is happening with the Series 5 – that the improvement of bass definition and control is bringing benefits further up the spectrum.

So I pulled out record that I knew had fine bass performance and 'hall' type acoustics and the trick was repeated – The Harry James 'Sheffield' recordings, 'An American in Paris', 'Take Five', a bit of Tears for Fears etc. The same thing happened and I appreciated the change.

As with switching out the REL, the affect wasn't a make or break, but you missed it when it was gone. Likewise it didn't happen on every recording – so many lack much bass below 50 Hz or the recording quality to show it.

And to be honest that was the main difference between the arms, significant – yes - just, but the sort of thing people pay thousands to achieve with a cartridge or amp upgrade.

And as with the Classic this arm is of course fully capable of matching the very finest cartridges in the world. The Dynavector DRT-1t just flew with it and never felt it was being matched to a 'cheap' arm. But to be realistic I also tried it with the Music Maker and this too worked brilliantly – its high-output makes it compatible with most valve phono-amps but its relatively high compliance may be one reason it matches arms with the best bearings – either unipivot or top gimballed arms. In fact it's become one of my tests of bearing quality and the Audiomods arms work superbly with it making them the cheapest arms available that do so. For a giggle I popped on the Rega Carbon cartridge – at £30 a tweaked Audio-Technica clone and I have to say I was very happy to sit in front of the result...

In isolation the Series Five is a sensational arm for the price. Almost nothing in my experience comes close overall at anything near the price – the exception being the Classic from the same manufacturer. Go head-to-head with something like a Triplanar or SME V and I could see some people actually preferring the Audiomods in certain situations. The Classic did this too, but the added bass definition of the Five addressed one area where the 'super-arms' still had an edge.

In my (albeit limited) experience the Five has only one serious rival as a sub £1000 arm and that is its cheaper sibling the 'Classic'. If you are running anything other than a full-range system, or have a system that isn't well up the ladder of the high-fidelity hierarchy you may not hear anything significant for your extra £180 or so. The Classic will not feel out of its depth in any system – put it on a £10,000 turntable as I have and put on a £8000 cartridge and it will still strut its stuff. In such a system the Five will be even better but even then the difference will be one of degree – not fundamental. In the sort of mid-price system the Classic is likely to be put into – say £2000 all-in, the advantages of the Five will be few. On the other hand, as you are inevitably drawn along the upgrade path both Audiomods arms will be components that don't need to be upgraded but at some point the gap between the Classic and Five will widen.

So if you are already an owner of a Classic should you feel dissatisfied and upgrade? In most circumstances I'd say a definite 'no' – you already have a high-end arm, go spend the money elsewhere. But if you are looking to buy one or the other the question is more nuanced – the Classic is better value, but the Five ultimately superior. It all depends on the quality of your current system and how far you want to climb the greasy pole of our audio obsession. £180 one way or the other – at the level we're talking about a pitiful amount? Only you can decide.